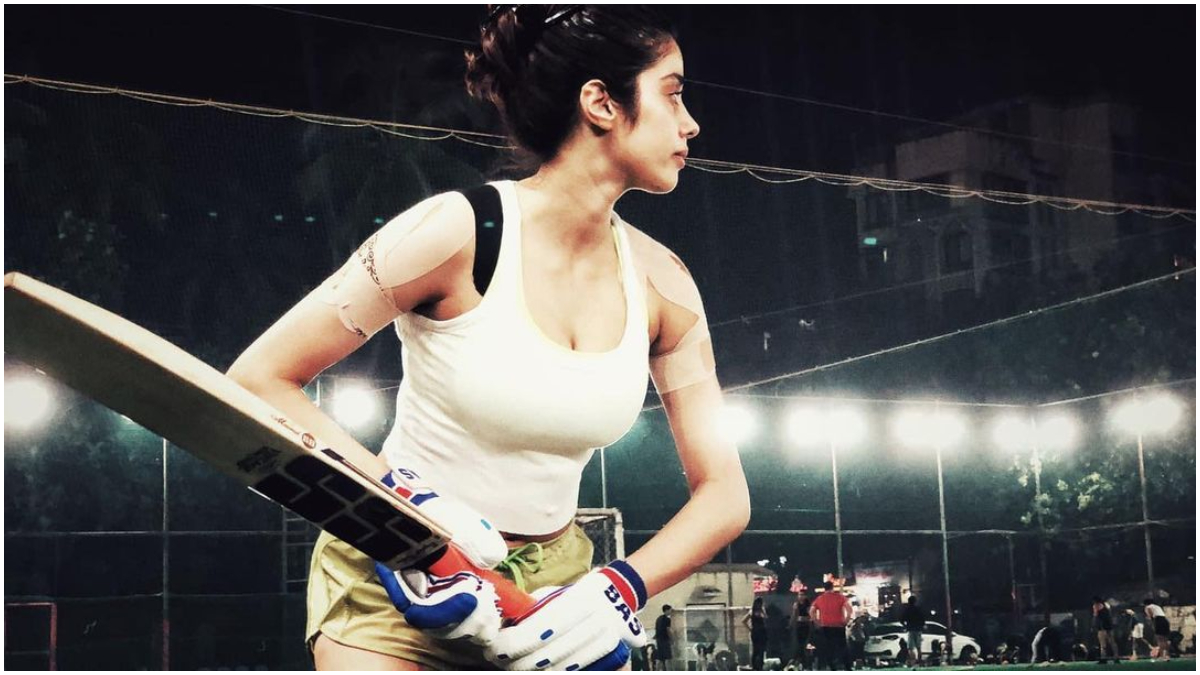 Mumbai : Bollywood actress Janhvi Kapoor is busy shooting for her upcoming film ‘Mr and Mrs Mahi’ these days. She is working hard for this film. Recently, he has shared a post on his social media account. In which she is seen practicing in the field with a bat in her hand. In the picture, Janhvi Kapoor is wearing gloves in her hand and she is seen wearing a bandage on her shoulder.

He shared the picture and wrote, ‘It’s been a minute.’ He has hashtagged his film ‘Mr and Mrs Mahi’. Users are giving different reactions to this post of his. One user liked this latest post of Janhvi Kapoor and wrote, ‘Sorry Virat Janhvi is my favorite cricketer.’ So there another user wrote, ‘Waiting for this film. Make an announcement soon. Please tell that in the film ‘Mr. and Mrs. Mahi’, along with Janhvi Kapoor, Bollywood actor Rajkumar Rao will also be seen in his lead role.