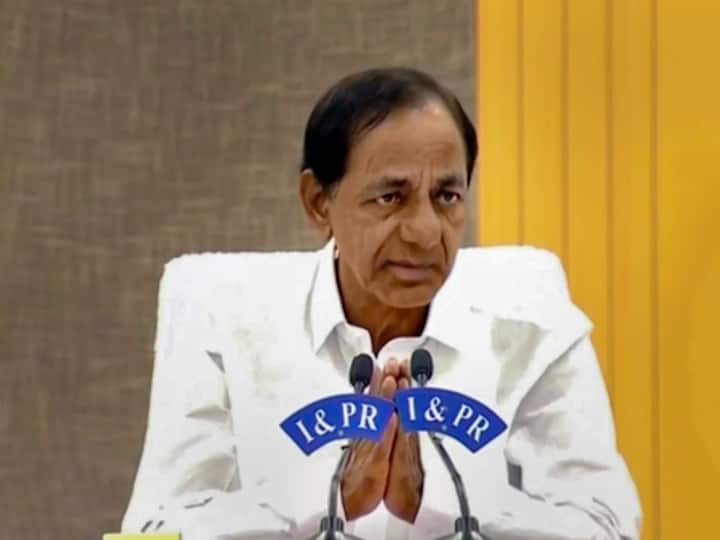 Telangana CM: Chief Minister of Telangana K. Chandrasekhar Rao (KCR) expressed happiness over the successful entry into space of two nano satellites launched from Sriharikota on Saturday by Telangana based ‘Dhruv’ Space Tech Pvt Company in association with ISRO and said that through these satellite launches Hyderabad’s pride as a startup city has doubled today.

The Chief Minister said that the successful launch of two nano satellites ‘Thai Bolt 1 and Thai Bolt 2’ sent by Hyderabad startup company Dhruv with ISRO’s PSLV-C54 has proved to be a milestone in the history of entrepreneurial startups in the country. This is a major success in the history of satellite launch by the private sector. The CM said that the Telangana startup company has written history as the first company in the history of satellite launch in the country with the success of the recently launched ‘Vikram-S’ satellite, which is a member company of T-Hub.

CM KCR said that with these experiments Hyderabad companies have opened doors in the Indian space sector. The Chief Minister said that the success of today’s launch of “Vikram S” and today’s launch of “Thai Bolt 1 and Thai Bolt 2” has given a good start to the launch of private rockets aimed at increasing India’s share in the global space economy . He said that these two successful satellite experiments have spread the pride of Telangana far and wide.

The Chief Minister said that he was confident that T-Hub, launched with the objective of unleashing the talent of the enthusiasts and creating opportunities in the field of science and technology and information, would achieve many more milestones in the future and in this series, is just the beginning.

CM KCR congratulated the representatives of ‘Skyroot’ and ‘Dhruv’ space start-ups, who have built and successfully launched satellites through their start-up companies with the encouragement of T-Hub. In the same spirit, he called upon the youth of Telangana to spend their intellectual wealth for the progress of the country and work for the development of India.

CM KCR said that the Telangana government will always stand by those young men and women who are showing their talent to the world and making their brilliant ideas a reality through their start-up companies. On this occasion, CM KCR felicitated IT Industries Minister KT Rama Rao, youth leader and senior officers and employees of TIHub, who are working hard to bring out the talent of young men and women who are passionate.