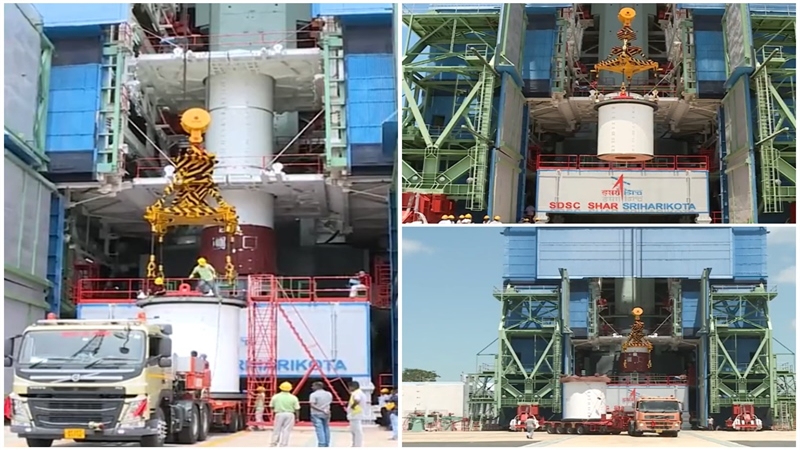 ISRO News: Indian Space Research Organization (ISRO) has launched Oceansat-3 and eight nano-satellites from Satish Dhawan Space Centre, Sriharikota a while from now. ISRO launched PSLV C54/EOS06, also known as Oceansat-3. Also, 8 nano satellites were launched from the Satish Dhawan Space Center in Sriharikota, Andhra Pradesh. These satellites have been launched as part of the PSLV C-54 or EOS-06 mission. The primary payload of the mission is Oceansat-3, the third generation satellite of the Oceansat series. In addition, a nano-satellite named Anand, developed by Pixel India, and other nano-satellites developed by Dhruv Space, Astrocast and Spaceflight USA, a Seattle-based aerospace company, will be launched.

PSLV-C54 rocket will be launched from Sriharikota on Saturday.

Know the specialty of Oceansat-3

After sending OceanSat-2, an Earth-observation satellite (EOS), into space in 2009, the national space agency is now launching a third OceanSat-3 EOS to monitor and record ocean observations. The Oceansat series of satellites are Earth observation satellites dedicated to oceanographic and atmospheric studies. Apart from this, this satellite is capable of forecasting marine weather, so that the country is prepared in advance for any cyclone. The mass of the satellite is 960 kg and it will operate at 1,360 watts. Oceansat-3 will be placed in a Sun-synchronous orbit. It is equipped with Ocean Color Monitor, Scatterometer and Sea Surface Temperature Monitor. It has an estimated mission life of five years.

Pixel and Dhruv Space are space technology companies based in Bengaluru (plus California, United States) and Hyderabad (plus Graz, Austria), respectively. Pixel, a spacetech startup is all set to launch its third satellite Anand. Anand is a hyperspectral microsatellite that weighs less than 15 kg but has a wavelength of more than 150 s, enabling it to capture images of Earth in greater detail than today’s non-hyperspectral satellites, which have wavelengths of 10 to 150 s. Not more.