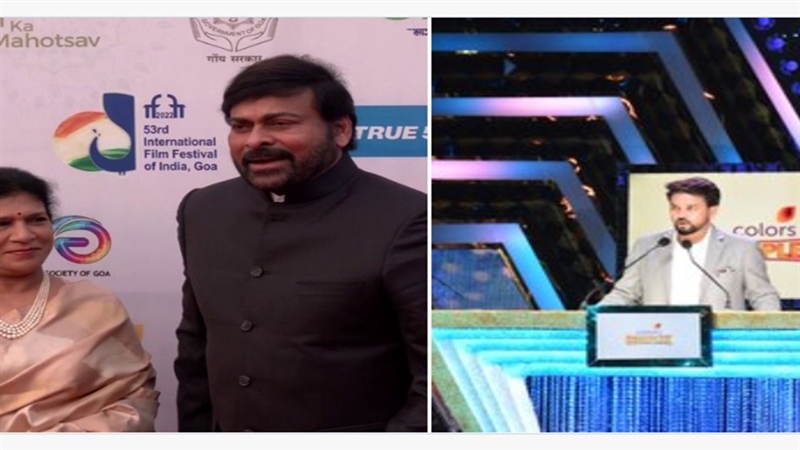 IFFI 2022: The biggest film festival of Indian cinema has come to an end today. This was the 53rd edition of the International Film Festival, which began on 20 November. This year the ceremony was held in Goa. In which 280 films from 79 countries were screened. Let us inform that this ceremony was inaugurated by Information and Broadcasting Minister Anurag Thakur. This International Film Festival also premiered films of different languages ​​including Hindi in India. At the same time, big celebrities of Bollywood have attended its closing ceremony.

Goa | Congratulations to the superstar of our times Chiranjeevi Ji who has been conferred with Indian Film Personality of the Year award.He has had an illustrious career spanning nearly 4 decades&over 150 films that have left audiences spellbound: Union min Anurag Thakur at IFFI pic.twitter.com/sXVr7y1fdX

Bollywood celebrities like Ayushmann Khurrana, Asha Parekh, Manushi Chillar, Esha Gupta, Rana Daggubati, Aanand Rai along with many big personalities have attended this International Film Festival. Along with Akshay Kumar, South’s superstar Chiranjeevi also attended the event. At the same time, Chiranjeevi has also been honored with the Indian Film Personality of the Year award.

Panaji, Goa | Over 282 movies were screened at the 53rd edition of International Film Festival of India (IFFI). Strength of IFFI is increasing every year. I’m hopeful that in future it will be grander so that we can internationalize regional content: Union I&B Min Anurag Thakur pic.twitter.com/lvP93nakOD