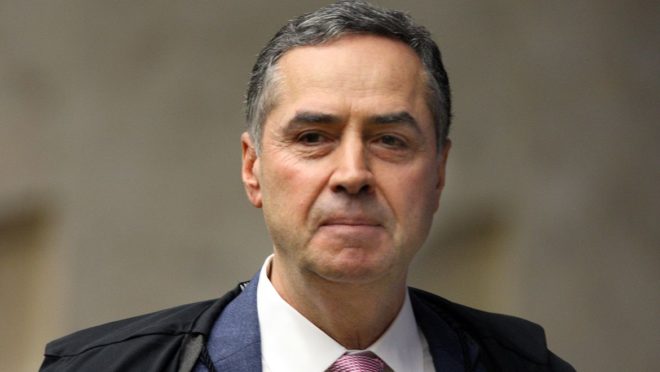 Minister Luís Roberto Barroso, of the Federal Supreme Court (STF), justified himself this Friday (25) about the reaction he had to being approached by a protester in New York recently, stating that his response “perdeu, mané” was motivated for a lack of patience at the time of being pursued by “a horde of savages”. The statement was made during a lecture at the Regional Electoral Court (TRE-BA), in Salvador (BA).

“Yes, I said lose your ass, don’t bother. But I would like to say that I only lost my temper after three days, in which a horde of savages walked behind me, calling me every name anyone can imagine and exactly on the day in which the same savages had invaded my daughter’s cell phone with threats and rudeness that these people consider normal.

“But I, like all people, have the utmost respect and consideration for the 58 million people who voted for a candidate. Because, as I said before, democracy is not the model of a few, it is the government of all, and therefore , everyone deserves respect and consideration, but humans have the right to lose patience at some points in life,” he said.

Criticism of the protesters

Still during the lecture in Salvador, Barroso criticized the demonstrations in front of the barracks and highways. According to him, the Court has no side and asked for respect for the results of the elections. “People have lost the limit of civility moved by hatred. This is what we need to undo in Brazil. (We have) the right to disagree, but without hatred, without offense, without aggression,” he said. “They (the protesters) have been repeating that the people are supreme. And that’s right. Popular sovereignty means the supremacy of the will of the people, which is manifested in elections. (…) The result needs to be respected. It’s no use appealing to the barracks, appeal to extraterrestrials. This is undemocratic”, said the minister.

This week, a group of six senators presented a request for the impeachment of Minister Luís Roberto Barroso, of the Federal Supreme Court (STF). The senators considered that there was party-political action by Barroso in the case of the deliberation on the vote printed in the Chamber of Deputies, in 2021. According to Eduardo Girão (Podemos-CE), the minister would have met with party leaders.

Barroso is escorted to a SC restaurant

Earlier this month, Barroso was the target of protesters while having dinner with friends at a restaurant in Porto Belo, Santa Catarina. The demonstrations continued and later also concentrated in front of the place where Barroso was staying. Finally, the minister also ended up leaving the place. Security teams had to be called in to escort the minister out and calm the protesters.