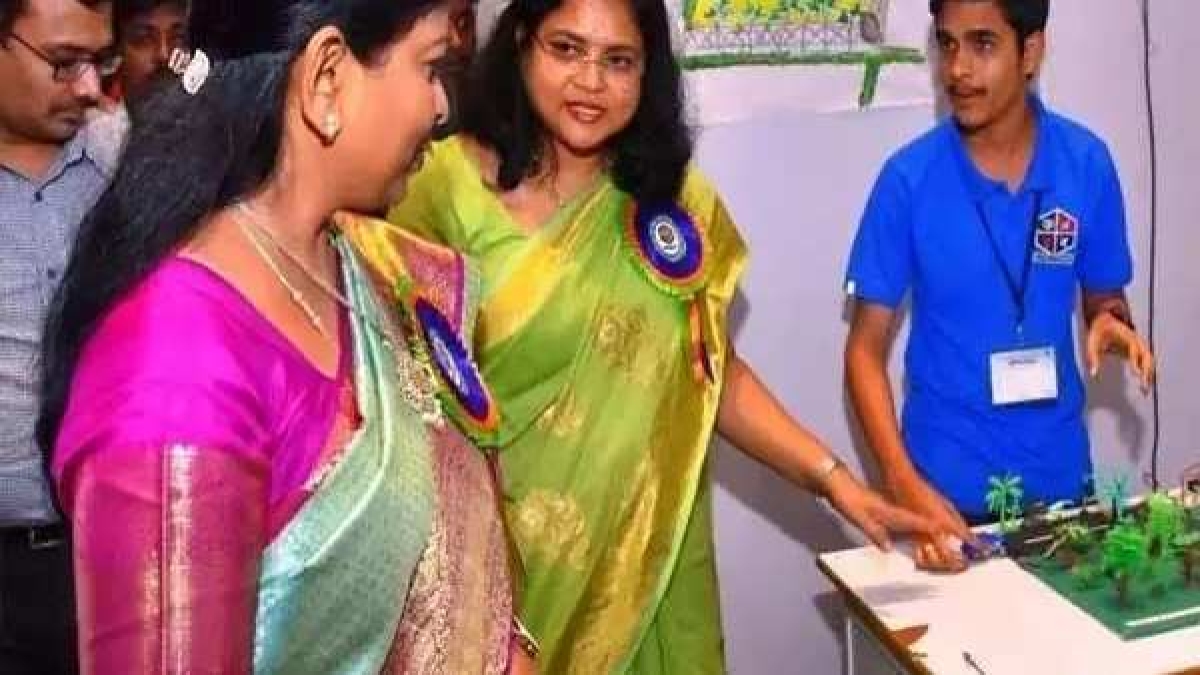 New Delhi, November 28 – Home Minister Taneti Vanitha on Saturday called upon the students to learn survival skills and become globally fit for any kind of employment in the present highly competitive world.

New Delhi, November 28 – Home Minister Taneti Vanitha on Saturday called upon the students to learn survival skills and become globally fit for any kind of employment in the present highly competitive world. She was the chief guest at the closing ceremony of AP Polytechfest-2022-23 organized by the Department of Technical Education from November 24 to 26 at SS Convention Center here. Thousands of students from different parts of the state participated in the three-day event.

Addressing on the occasion, Andhra Adhikari Vanitha said that education does not end with scoring marks, rather it is about acquiring knowledge and updating skills. He called upon the students to continue with the same enthusiasm in future as well and to adapt themselves and stay fit to face the challenges of the future. He explained about the schemes being implemented for the students and wished that every student becomes successful and employable and lead a good life. Housing Minister Jogi Ramesh wished the students to continue their education with the same enthusiasm in future to pursue higher studies, make their dreams come true and make their parents happy with their success. Furthermore, he said that students should not distract themselves from studies and ethics. Director Technical Education C Nagrani gave the closing report summarizing the events that took place on all the three days of the Techfest. He felt that this Techfest enabled our Diploma students to update their technical skills and scientific temper. He congratulated the hard work put in by the 800 boys and 200 girls who participated in designing the projects presented at the Techfest.

He recalled that around 90 polytechnics have participated in designing the logo for the festival and the best one was designed by Gudalavalleru Polytechnic, which received 5,000 cash prize. T Anil Kumar, CEO, AP Innovation Society, Government of Andhra Pradesh, congratulated the Technical Education Department for successfully organizing the festival in Vijayawada. The best projects were awarded with an amount of Rs.1,00,000 as first prize and Rs.50,000 as second prize. Students were awarded with Rs.25,000 as best prize (third prize) for all 13 core diploma streams.

The students of the polytechnic displayed various projects made on solar energy, power distribution, building of websites and many more. Several thousand students from across the state participated in the three-day Techfest. Out of 253 projects, the state level first prize of Rs 1 lakh went to the project ‘Smart Visually Challenged Stick’ prepared by a team from Government Polytechnic, Chodavaram, Anakapalle district. The second prize of Rs 50,000 went to Automobile Crash Detection and Intimation, prepared by a team from Rise Krishna Sai, II Shift Polytechnic, Vallur, Ongole. Thirteen projects from different branches were awarded the third prize.