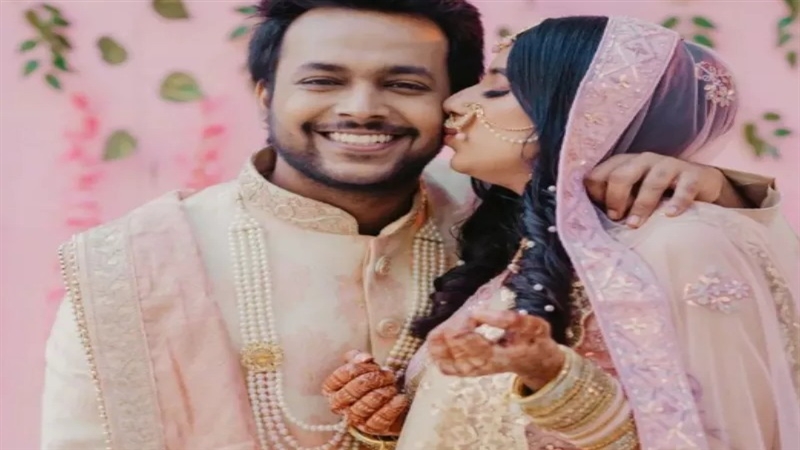 Harsh Mayar Wedding: Actor Harsh Mayar of the film ‘I am Kalam’ is no longer single. He is married to his girlfriend Sukanya Rajan. The actor has shared his cute photo after the wedding on social media. In this, Sukanya is seen kissing Harsh on the cheek.

Harsh Mayer has played the role of the younger son of the Mishra family in the web series ‘Gullak’. In all the three series of Gullak, he won the hearts of the audience with his acting as a school going boy. Fans cannot believe that Harsh Mayer, who played the role of a teenager, is no longer single. His fans are congratulating him fiercely.

Harsh Mayer shared the photo on Instagram. Married couple looks very happy. Fans are wishing both of them good luck for their new life. Bride Sukanya Rajan is wearing a pink colored lehenga. Also carried the Golden Jewelkey. Whereas Harsh is wearing an off white sherwani.

Received National Award for I Am Kalam

Harsh Mayer had entered the acting world at the age of eight. Then he used to do stage shows. Got my first break in I Am Kalam. The film, which released on 5 August 2011, won several National Awards. Harsh was also seen in the film Hichki. In this movie of Rani Mukherjee, Harsh Mayer played the role of a boy living in the township.