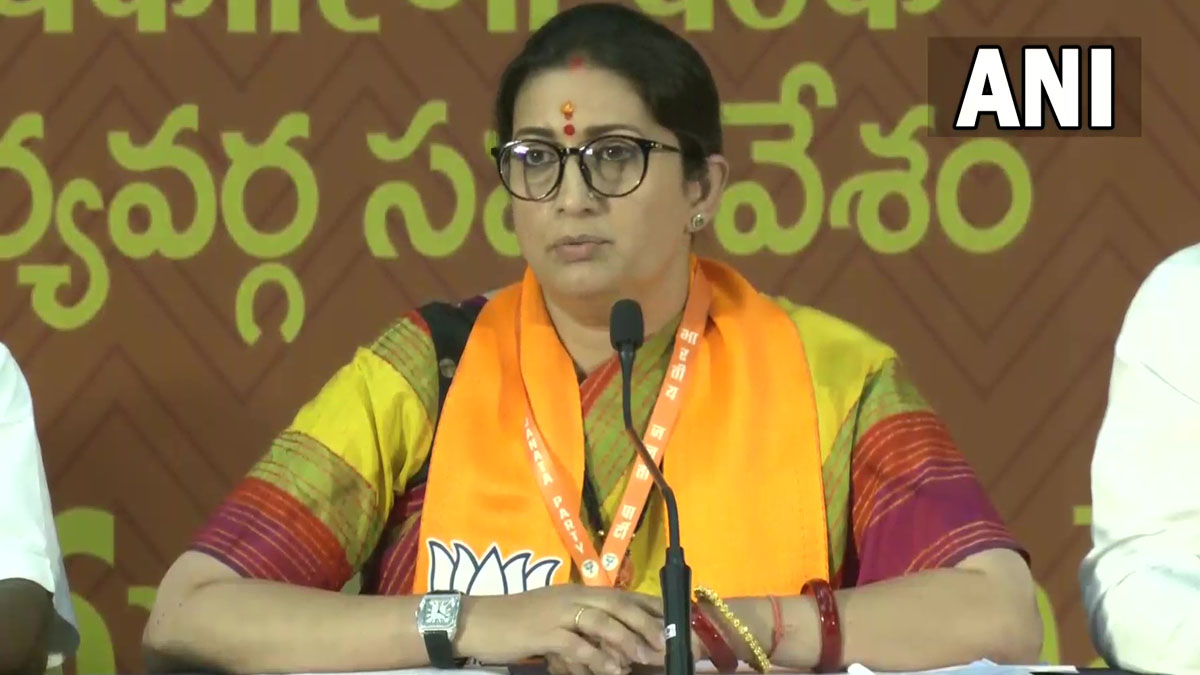 Ahmedabad: All parties and leaders are in fray for Gujarat Election 2022. Everyone is busy promoting their own party. Meanwhile, Union Minister Smriti Irani addressed a public meeting in Surat. During this, he appealed to the women of Gujarat to surround the leaders and workers of Aam Aadmi Party as soon as they meet.

Addressing the public meeting, Smriti Irani said that, I request that if you ever meet your leader, then ask what kind of culture is it that one of your ministers, Satyendar Jain, is lodged in Tihar Jail and is getting the rapist of a minor to do his service.

Whereas earlier on Wednesday, while campaigning for the party’s candidate in the MCD elections in Delhi, the Union minister alleged, “Kejriwal’s leaders and ministers are taking services of a rapist in Tihar Jail. But the people of Delhi are waiting for better facilities, the dream of poor people for power supply is not fully realised, their corrupt ministers in jail watch TV comfortably.”

Irani further said, “The people of Delhi are looking forward to strengthening facilities for women and improving their lives. But Kejriwal’s leaders and ministers are committing the biggest sin for the upliftment of women by taking the services of a rapist in jail.”