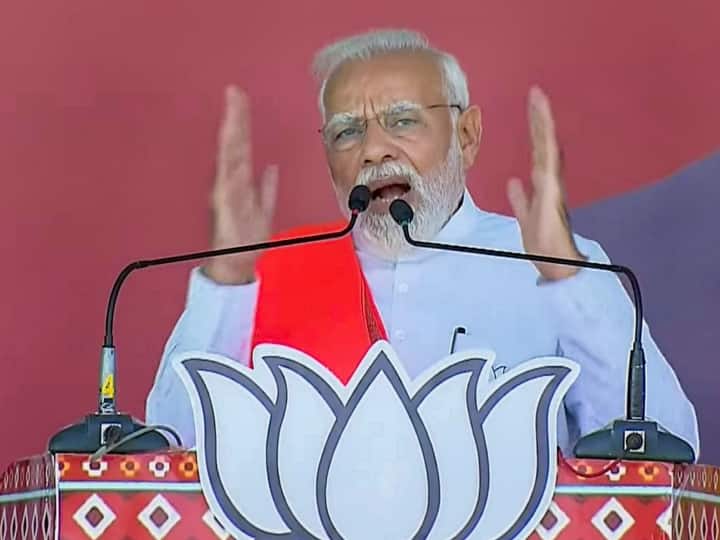 Gujarat Assembly Election 2022: The days of Gujarat assembly elections are slowly coming closer. At this time all the leaders are busy in their respective campaigns. At the same time, Prime Minister Narendra Modi is putting his full strength in the Gujarat assembly elections. Due to Gujarat being the home state of PM Modi, BJP has more hope from him. Modi will address 3 meetings on 27th and rest the night in Surat and will address 4 public meetings on 28th November.

There is a BJP government in Gujarat for the last 27 years. This time also BJP has put all its efforts to win the Gujarat assembly elections. Prime Minister Narendra Modi himself is constantly seen holding public meetings. His next public meeting is to be held on November 27 in Kheda Netrang and Surat. Now it has to be seen how much PM Modi can woo the people of Gujarat. On the other hand, on November 28, PM Modi will address public meetings in Palitana, Anjar Gordhanpar and Rajkot.

Total 7 assembly seats come under Kheda district. In 2017, BJP could win only 3 seats out of seven. At the same time, 4 seats went to the account of Congress. Talking about Surat district, last time BJP appeared very strong. Out of 16 assembly seats, 15 went to BJP’s account.

Modi will also do road show and door-to-door campaign

In Gujarat, BJP’s focus is on the seats where the party lost 45 seats in 2017. BJP has made its focus on tribal vote. BJP will also cover 12 ST and nine SC seats during this period. In the 2017 assembly elections, PM Modi held 38 meetings. PM Modi will also do road show and door-to-door campaign before voting.