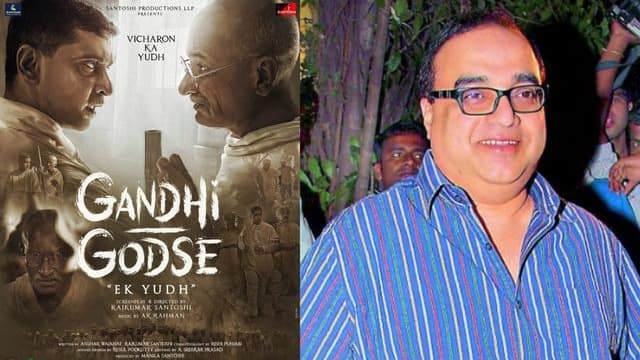 Filmmaker Rajkumar Santoshi has written a letter to Mumbai’s Special CP Deven Bharti seeking tighter security for himself and his family. Rajkumar Santoshi has made this demand after a promotional event of his upcoming film Gandhi Godse: Ek Yudh, during which protesters created ruckus there. The film is slated to release on January 26, a little before the 75th death anniversary of Mahatma Gandhi.

People protested during the press conference
Rajkumar Santoshi wrote in his letter, “My team (Directors, Producers and Cast) of ‘Gandhi Vs Godse’ was in the middle of a press conference when it was interrupted by some people with ill intention. Later I received many threats from some unknown people to stop the release and promotion of the film.

‘Threat to my life and my family’
Santoshi wrote in his letter, ‘I feel insecure and believe that serious harm can be done to me and my family members if such people are allowed to run free outside, and no action is taken against them. Is.’ Santoshi wrote that this would harm not only him but also the public.