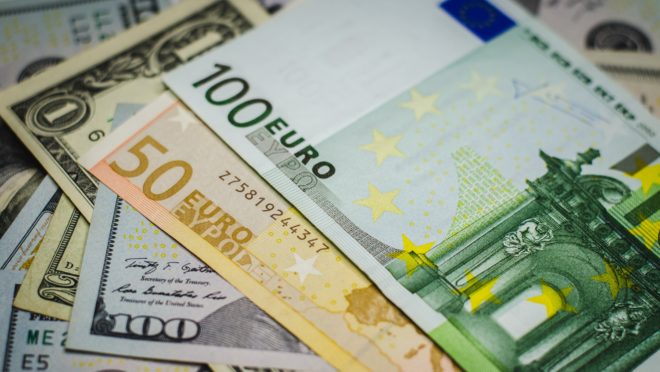 Brazil’s productive sector received US$ 74 billion in foreign investments between January and October, almost 59% more than in the same period of 2021. It is the highest value for the first ten months of the year since 2014 (US$ 74.7 billion) , according to data from Direct Investment in the Country (IDP) published this Friday (25th) by the Central Bank.

The amount invested by foreigners in the last 12 months is slightly lower, at US$ 73.8 billion, equivalent to 4.05% of the Brazilian Gross Domestic Product (GDP). The rate exceeds that of the previous month (3.98% of GDP, according to data revised by the BC) and also that recorded a year earlier (3.14%), in addition to being the highest since August 2019 (4.11% ), months before the start of the pandemic.

A report released in October by the Organization for Economic Cooperation and Development (OECD) states that Brazil was the third country that most attracted foreign direct investment in the first half of the year, behind only the United States and China.

At a high for several weeks, market expectations for the IDP in 2022 reached US$ 80 billion, according to the Focus bulletin. By mid-year, something close to $60 billion was expected. Projections for 2023, which were also around US$ 60 billion at the turn of the semester, now reach US$ 75 billion.

Despite the profusion of positive data at this moment and Brazil’s comparative advantages in relation to other emerging countries, which lead observers to classify the country as the investment “ball of the hour”, the prospects for 2023 onwards carry a certain amount of uncertainty.

The expectation is for a slowdown in the country’s economic growth, which in itself may inhibit more robust investments. In addition, the flow of foreign resources will depend on the economic policies of the elected government, which are currently the target of mistrust. (see more below)🇧🇷

Internal and external factors help explain the advance of foreign investment in Brazil, according to economist Rodolfo Margato, from XP Investimentos:

“The more robust domestic performance favors investments”, highlights Margato. The midpoint of financial market expectations points to a 2.8% growth in GDP this year, according to the Focus bulletin, from the Central Bank. At the beginning of the year, the median of projections was just 0.3%.

Another factor that helps is the high domestic interest rates, as they favor the flow of intercompany operations, such as, for example, loans from headquarters to subsidiaries.

Externally, says the broker’s economist, Brazil is relatively well positioned and with a more solid position compared to some of its main competitors among emerging countries.

Russia, one of the countries vying to attract investments with Brazil, is out of the market and won’t be returning anytime soon because of the war with Ukraine. Turkey has an erratic economic policy. And Argentina is plunged into a currency crisis.

“Perhaps only Mexico is an alternative to Brazil”, adds the CIO of Portofino Multifamily Office, Eduardo Castro. According to him, Brazil has a good opportunity to differentiate itself from its peers. “Despite the strong polarization [política]showed that it is a democratic country, with credible elections and that it is going to another alternation of power”, he says.

The chief planner of the TC investor platform, Pedro Lafraia, assesses that, apart from the US and China, the two largest global economies, Brazil can be considered the “time ball” on the international scene.

“We anticipate the rise in interest rates, we have a stable Selic rate, we are attracting speculative capital and we have contracted more than R$ 250 billion in investments, many of them in the area of ​​infrastructure”, he says, listing more Brazilian advantages.

Lafraia sees good opportunities in segments as diverse as education, retail, mining and infrastructure. “Agribusiness can benefit from the continuation of the conflict between Russia and Ukraine, enabling the incorporation of a portion of the European market.”

Lívio Ribeiro, a researcher at the Getulio Vargas Foundation’s Brazilian Institute of Economics (Ibre/FGV) sees the scenario with more caution. He points out that the continuity of this favorable flow depends on the policies that the new government adopts.

“It is necessary to offer conditions of predictability, stability and create capacity to reduce risks in order to make possible the inflow of capital into the productive sector. It is money that will stay for five, ten years,” he says.

For Lafraia, what can help in this sense is the decision-making process by the transition team, headed by the vice-president-elect, Geraldo Alckmin. “We need to know what’s coming next: how will the government conduct economic austerity? How will the tax issue be worked on? Who will be the finance minister?”, he asks.

“We expect continuity in the domestic productive dynamics for next year, but at less strong levels”, says Margato, from XP.