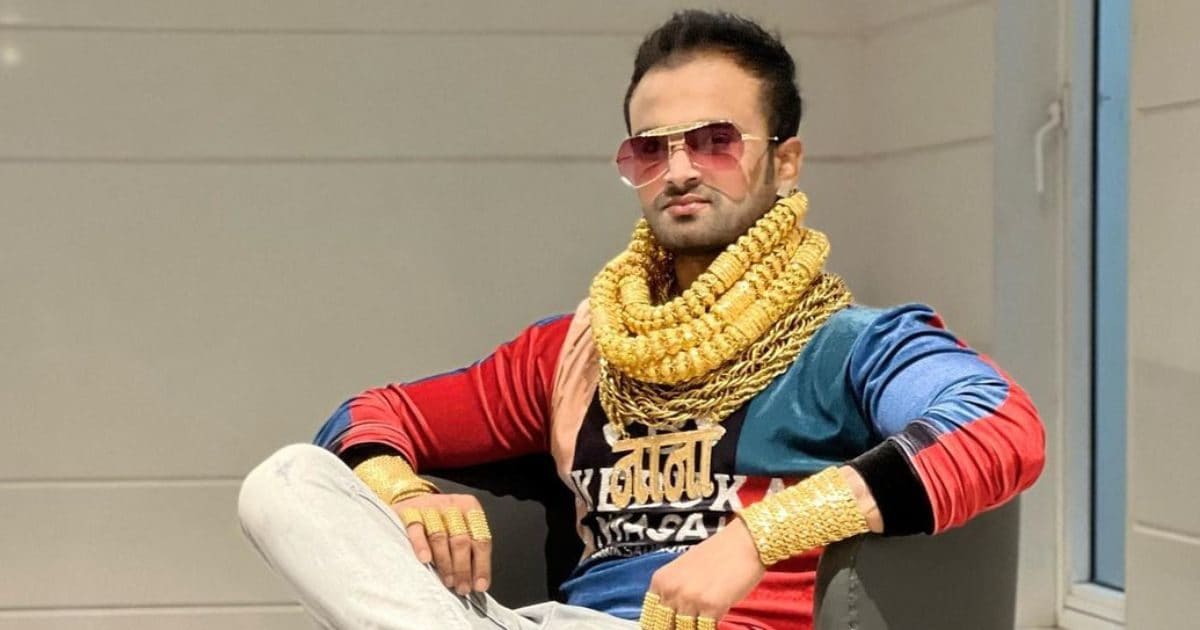 New Delhi- Every episode of ‘Bigg Boss’ increases the curiosity of the audience. These days, viewers are getting to see a lot of drama in every episode being telecast. Now there is an interesting suspense regarding the wild card entry in ‘Bigg Boss’. Recently, Fahman Khan’s explosive entry was seen in the show. The audience started to feel that Fahman is the first wild card contestant on the show, but it did not happen. Now meanwhile, speculations are being made about the name of the new wild card contestant.

The announcement of Golden Boy Sunny’s entry in the show has created a stir in the corridors of the entertainment industry. This post of his is becoming increasingly viral on social media. His fans are eager to see him on the show. Let me tell you, Sunny Nanasaheb Waghchore has a lot of fan following on social media.

By the name of Golden Boy Sunny, you might have guessed that how much he likes to wear gold. He is always seen wearing several kilos of gold. He is wearing a thick gold chain around his neck. Also, he is seen wearing thick gold bracelets in his hands. Seeing Sunny’s fondness for sleeping, it seems that he is going to give tough competition to MC Stan on the show.

MC Stan and Golden Boy are already recognized
Actually, MC Stan is also famous for wearing jewelry worth crores. He has also been seen wearing expensive jewelry in ‘Bigg Boss’. In such a situation, the audience seems very excited to hear the news of Sunny’s entry. According to media reports, MC Stan and Golden Boy already know each other. In such a situation, the audience is going to enjoy seeing both of them face to face in the show.