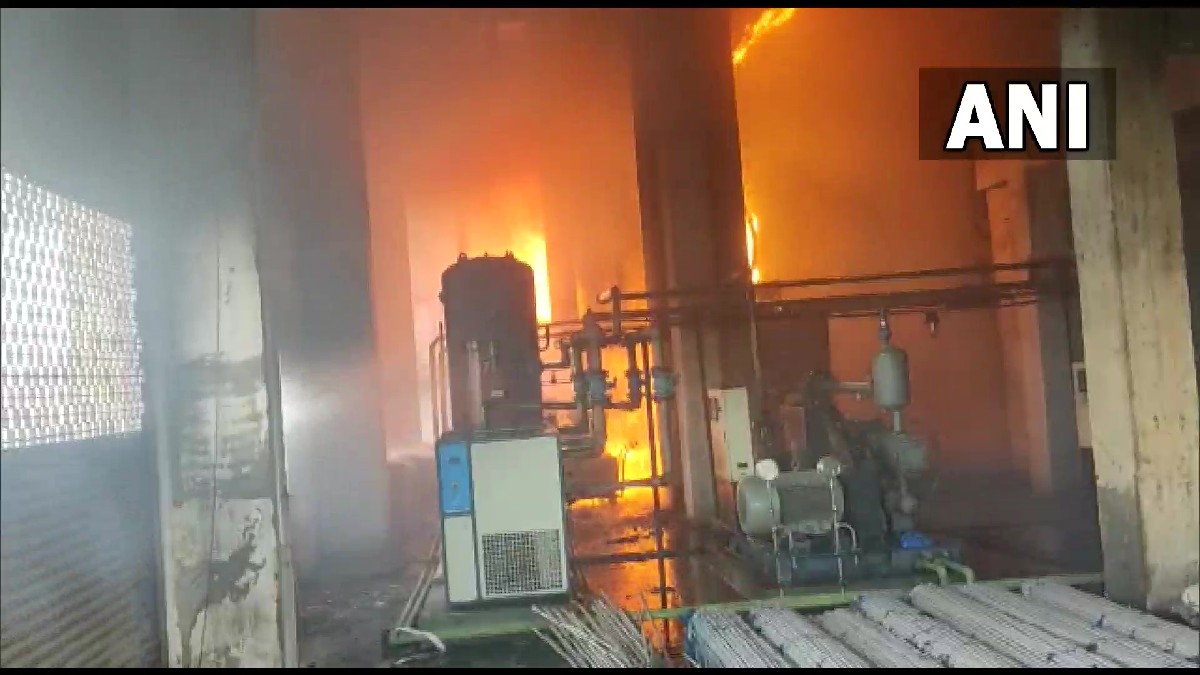 A massive fire broke out at Mohiuddinpur Sugar Mill in Partapur police station area of ​​Meerut on Saturday afternoon. This accident happened due to sudden explosion of turbine in the mill. Due to the fire, there was a stir among the laborers working in the nearby factories. Fire brigade vehicles are engaged in controlling the fire. The chief engineer died in this incident. Apart from these, there is also news of scorching of 7 other employees.

Accident due to turbine explosion

According to information, a massive fire broke out in the sugar mill on Saturday afternoon. The chief engineer of the mill was badly injured in the incident, after which he died. Apart from these, there is news of scorching of 7 other employees. After getting the information, 7 fire brigade vehicles reached the spot. Efforts are on to control the fire. Chief Minister Yogi Adityanath has expressed grief over the death of the chief engineer in this incident. Additional Chief Secretary Sugar has been instructed to immediately go to the spot and investigate the cause of the fire.

According to the information, the chief engineer of the mill Narendra Kumar Kushwaha was seriously injured in the fire. When the condition became serious, he was being taken to a private hospital for treatment. But he died on the way. It was told that Chief Engineer Narendra had reached the mill to see the carbine in the afternoon. Meanwhile, a fire broke out and the fire took a fierce form within a few seconds. The Chief Engineer jumped from the second floor seeing himself engulfed in flames. Narendra Kushwaha was seriously injured in the jump. As soon as he was informed about his serious injuries, the mill workers were taking him to Jeevan Hospital in Modinagar for treatment, but he died as soon as he reached the gate of the hospital. On the other hand, on hearing the news of Narendra Kushwahi’s death, there was an uproar among the family members. On the other hand, firefighters are engaged in extinguishing the fire in the mill.

Drums are bursting intermittently in the chemical godown built inside the mill. Because of this, the fire brigade personnel are facing a lot of difficulties in extinguishing the fire. Rescue operation is going on. The injured have been admitted to the hospital with the help of an ambulance. At present, 7 fire brigade vehicles are engaged in extinguishing the fire. Efforts are on to control the fire. Although right now the fire is being told due to the explosion of the turbine.

Chief Minister Yogi Adityanath has expressed grief over the death of an officer due to fire in Mohiuddinpur Sugar Mill Meerut. He has expressed condolences to the family members of the deceased. Along with this, Additional Chief Secretary Sugar has been instructed to immediately go to the spot and investigate the cause of the fire.

Farmers’ sugarcane will be transferred to another mill – DM of Meerut

Meerut’s DM Deepak Meena has given information about this incident. He said that there was a fire in the turbine of the Uttar Pradesh mill. An engineer has died in the accident. A team is coming from Karnal to check whether the mill can be started or not. If the mill is not operational, the sugarcane of the farmers will be transferred to another mill.