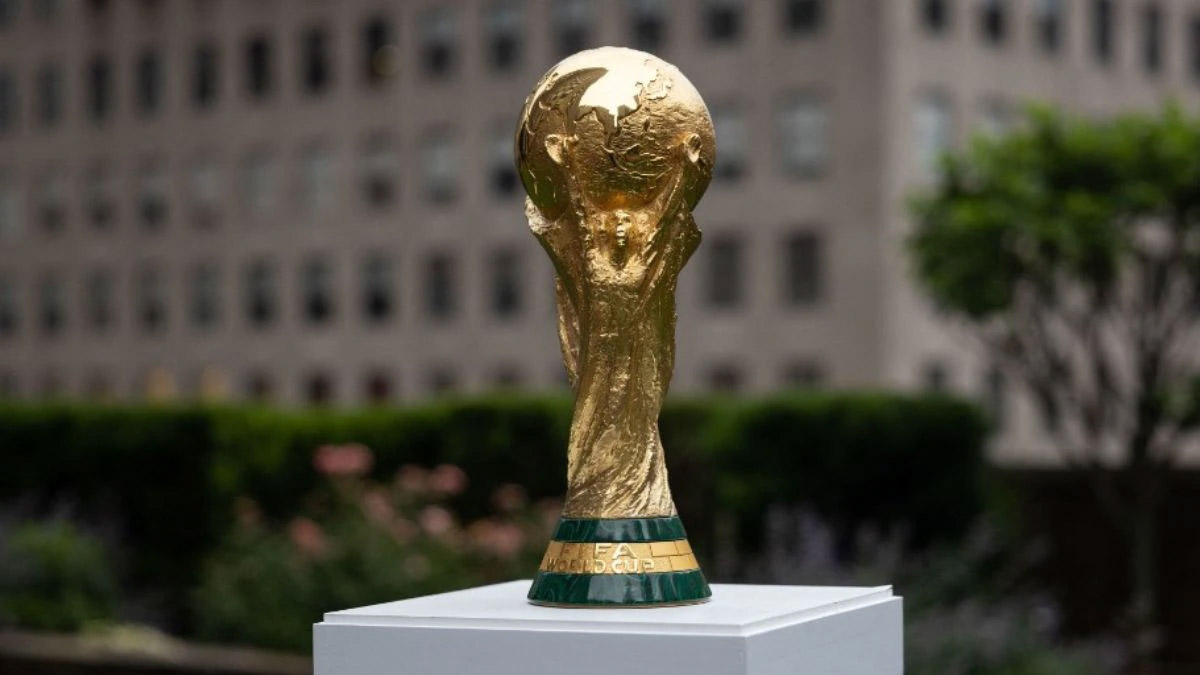 Calgary: A familiar adage echoing in the stands at the 2022 men’s FIFA World Cup tournament is that what really counts is winning. But the players raising their voices and showing solidarity on various issues is a sign that there is a growing trend among sportspersons to display social responsibility on and off the field.

FIFA, however, is concerned that sports activism has not entered the fray. For example, the Danish football team’s message “Human rights for all” was criticized by the sports body as a political statement in violation of FIFA’s rules.

Similarly, hours before England’s opening match, it was announced that England captain Harry Kane and seven other European teams would be in breach of FIFA rules if they wore “One Love” armbands. One should be cautious about any political statement. These planned protests and subsequent withdrawals from them are indicative of tensions in men’s football around voicing out and showing solidarity with social issues – particularly those relating to sex, gender and sexuality.

Men’s sports and social activism Sports have a long history of political activism. Tommy Smith and John Carlos raised their hands with clenched fists at the 1968 Olympic Games in support of civil rights movements in the US and around the world. Talking about 2016, Colin Kaepernick got down on his knees during the US national anthem to protest against police brutality and racial inequality.

In men’s soccer, players took a knee in support of the Black Lives Matter movements. These movements happened after the killing of George Floyd in 2020. In cases of racial inequality, symbolic endorsements were made during men’s sports and football competitions. In matters of gender and sexual diversity, Stonewall’s Rainbow Lace campaign has gained some traction in the English Premier League. In Canada, the Pride Tapes campaign also demonstrated the willingness of some hockey players to show support for an inclusive sporting environment.

This World Cup marks the first time in 36 years that Canada is competing on soccer’s biggest stage. Canada Soccer has recently come under criticism for its lack of action on human rights issues. On the eve of the tournament, Canada Soccer announced a partnership with You Can Play, a group dedicated to combating homophobia in sport.

“No matter what your sexual orientation, gender identity or who you choose to love, there is a place for you in this game,” said Canada Soccer Secretary General Earl Cochrane. However, long before Qatar was named host of this year’s World Cup, men’s football had partner problems. Punitive decisions against players and teams who wish to protest undermine the spirit of the game as a place for all.

Rather than removing politics from sports, these actions by football’s governing bodies draw attention to the ways in which sport has become embroiled in political games. The silence and silencing of teams, players and organizations on various issues is an example of a disturbing culture within FIFA and men’s football. Football, masculinity and homophobia Men’s sports have historically been masculine, where boys become men and men prove their masculinity.

Through powerful methods of resistance, women and other marginalized groups have fought to gain their rightful place in the midst of inequality. However, sports, especially men’s sports, remains an exclusionary space. The lack of openly gay or transgender professional male soccer players confirms this exclusion. It’s fair to admire the courage of sportspersons who are open about their sexuality.

We have seen the cost of ignoring harmful masculinity in sexual assault and subsequent mismanagement by Hockey Canada. Traditional codes of masculinity and boyhood have permeated sports fields, making them ostracized and not everyone’s places to play.

FIFA President Gianni Infantino and FIFA Secretary General Fatma Samoura have responded to criticisms of Qatar’s human rights record, saying football “should not be dragged into every current ideological or political battle”. Men’s soccer has questions of its own, not just around the World Cup, but the social activism around it and the lack of engagement with LGBTIQ+ people and women.

Sports, especially popular sports such as football, have the potential to be powerful symbols of inclusivity and acceptance for men and boys. When players and teams are silenced and disciplined for speaking up, it sends a strong message about the culture of sport as well as about masculinity.

Men’s football needs a change of priorities. For football’s governing bodies, money is a priority; For teams and players, the priority is winning. If this continues, social activism in men’s football will continue to decline. The sporting culture in men’s soccer now needs to be challenged and changed to get off to a good start – and let us not be fooled that moving on from Qatar means moving on from these issues in men’s soccer.

The singular narrative of masculinity and “we’re in it to win it” should not be allowed to silence the awareness of the players. Instead, sport should be a culture that not only leads to winners, but a culture that reflects a spirit of competition rooted in inclusion, acceptance and activism. (agency)