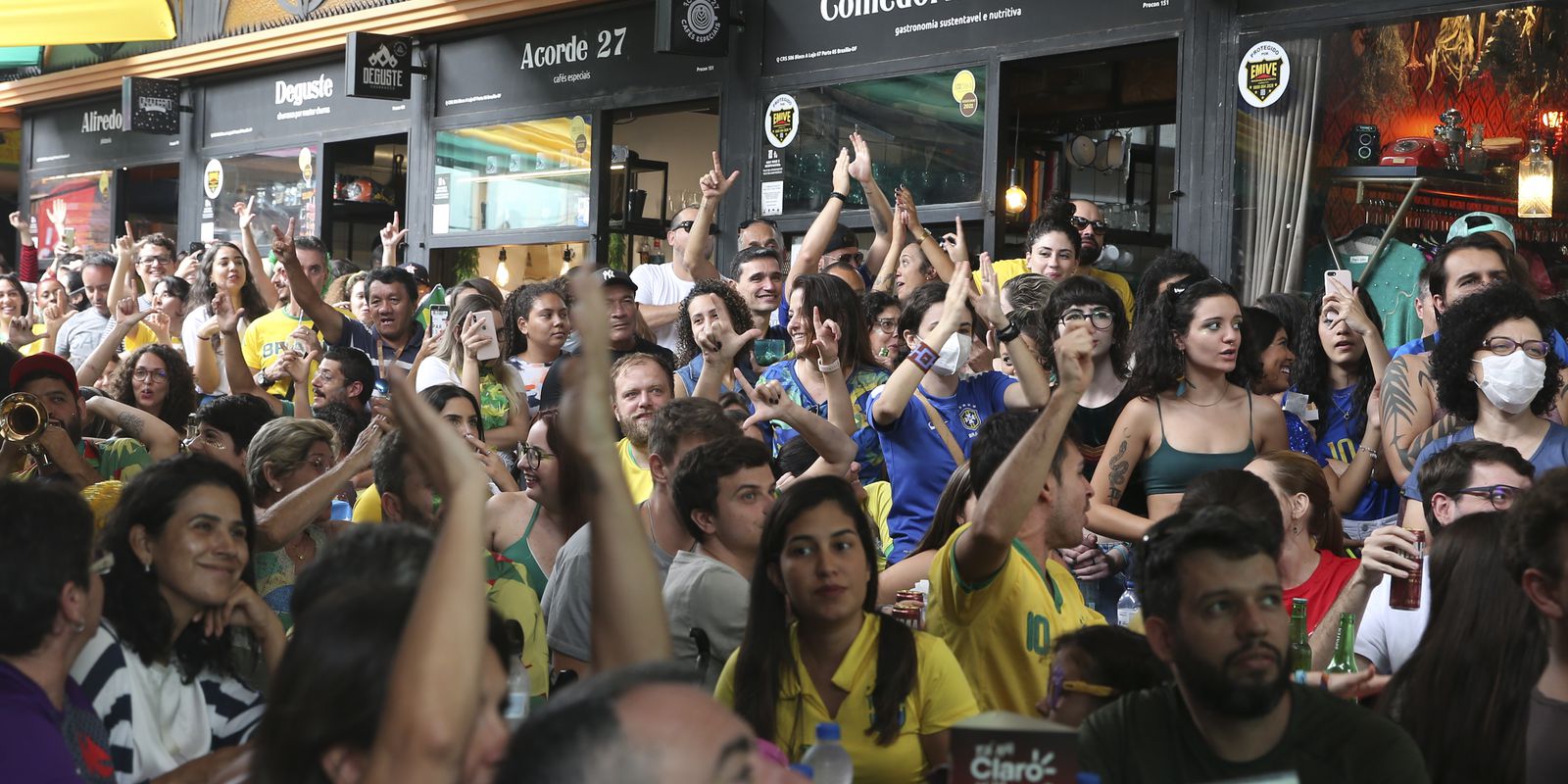 Brazil’s 2-0 victory against Serbia was followed nervously in one of the main malls in Brasília, which installed a large screen for fans to watch the selection’s debut in the Qatar Cup. The close marking of Serbia, which bet on a strong defense with tall players, resulted in a blocked game, which made the game difficult for Brazil. Only after Richarlison’s goal, 18 minutes into the second half, did the public vibrate again.

In the first minutes of the match, the cheers of support predominated, especially when Neymar suffered a foul that earned Serbian player Pavlovic a yellow card. “I had to take a card anyway. It was a cowardly mistake,” said administrative assistant Maria Silveira, 33.

The crowd was still euphoric when, 12 minutes into the first half, Neymar took a corner kick that almost ended in an Olympic goal. From then on, impatience with passing errors and the lack of shots on goal by the Brazilian team prevailed, despite Brazil having dominated possession of the ball throughout the match.

Contained goal scream, after the ball hit the crossbar, by Valter Campanato/Agência Brasil

After 20 minutes of the first half, Brazil started to shoot at the goal, but without success. At least three times, the public sighed when the selection missed chances to score in front of the goal. Especially with striker Raphinha, who kicked too weakly and missed the goal in the 34th minute of the first half and in the first minute of the second half.

In the 14th minute of the second half, another goal scream was contained, when left-back Alex Sandro kicked the post. Despite the stalled game, support for the Brazilian team continued. “You really have to kick to put pressure on and make your opponent tired”, declared self-employed salesman Luiz Carlos Medeiros, 52 years old.

Large screen for transmission of the 2022 World Cup matches at 506 Sul, in Brasília – Valter Campanato/Agência Brasil

The distress only gave way to relief when Richarlison managed to overcome the strong Serbian defense and score Brazil’s first goal in the Cup, in the 18th minute of the second half. The player took advantage of a rebound from the Serbian goalkeeper, Vanja Milinkovic-Savic, and scored.

In the 28th minute of the second half, euphoria gave way to relief again, when Richarlison extended the advantage of the Brazilian team. After dominating the ball upwards, the striker scored the second bicycle goal. “Serbia set up a wall, but Brazil had only to break through the defense for the opponent to get nervous”, said the driver Sílvio Moreira, 37 years old.

With Brazil two goals ahead, coach Tite opted to close down the defense of the Brazilian team and made four substitutions. He traded Lucas Paquetá for Fred and Vinícius Júnior for Rodrigo. Minutes later the coach replaced Richarlison with Gabriel Jesus and Neymar with Antony. At 42 minutes of the second half, Raphinha gave way to Gabriel Martinelli. The exchanges divided opinion.

“Tite could have left the attacking scheme longer for Brazil to score 3-0”, protested cook Marcos Mendonça, 44 years old. Nurse Valério Cavancanti, 27 years old, considered the replacements appropriate. “It is important that the players are spared for the next matches. Victory is already guaranteed, it makes no sense to put athletes at risk, ”he commented.