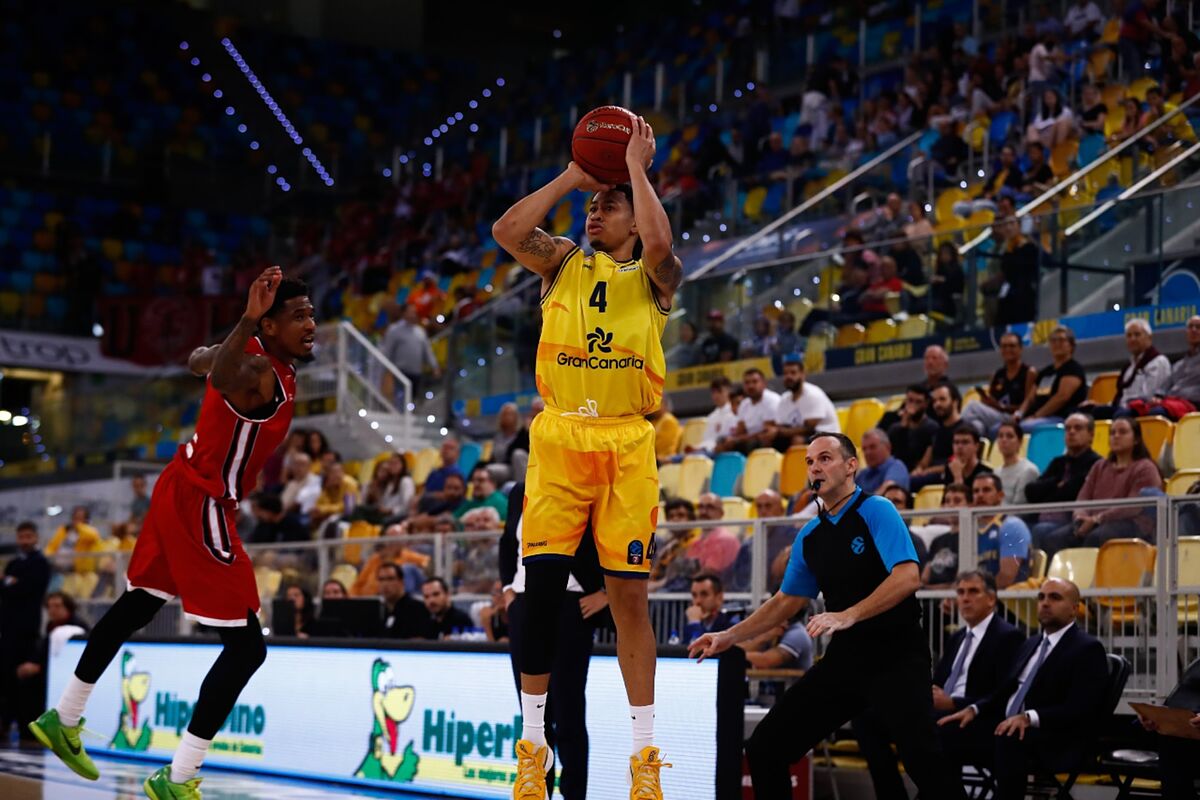 ANDhe Gran Canaria appears at the head of group B of the Eurocup after beating Hapoel Tel Aviv in a direct duel between two teams from the upper area that ended up opting agonizingly in favor of the yellows, thanks to a three-pointer in the last few seconds of Slaughter (85-83).

In a frantic start, Shurna took center stage offensively, scoring the first seven points for the yellows in just two minutes of play. To his effervescent recital was added the opportunism of Miquel Salvó to sign a 9-2 start and force the first timeout for the Israelis.

Things did not seem to improve for the visitors after the technical break. Slaughter and Salvó stretched the lead to over ten (17-6). However, as the minutes passed, Hapoel found comfort with the improvement of McRae and Munford, until the North American duo managed to equalize the contest (19-19) with a 2-13 run.

Far from slowing down the scoring rhythm, Munford was encouraged from the outside shot (23-24), while Balcerowski and Bassas took a step forward between the islanders to stop the push of the Israeli team (26-24 at the end of the first period).

In the second round, Granca’s bench depth took its toll on the Tel Aviv team. Shurna returned to the charge from the perimeter, thus forcing a 14-3 rally for his team and a new tactic by coach Danny Franco (40-27).

It was difficult for Hapoel to produce beyond the McRae-Munford duo (33 points in the first half between them). Although they tried to re-engage with replacements, the Israelis barely managed to contain the bleeding caused by Jaka Lakovic’s pupils, although they did manage to lower the deficit to seven points, leaving a hopeful 52-45 score at halftime.

At the restart, the perimeter of Gran Canaria began to suffer and Hapoel took advantage of the situation to sign a 0-8 game (52-53). From the 17 points that the Claretian team had an advantage, they went to a new stage in which the visitors came to life in the Gran Canaria Arena.

From there, the game bogged down offensively at both rims. The percentage of shots was getting worse and the proliferation of fouls began to cloud a Gran Canaria that took a long time to re-fuel. Even so, Benite and Bassas assumed the stripes in the direction to dilute the visiting euphoria and seal the 63-60 before facing the last and decisive quarter.

The exchange of blows intensified in the final bars. Tokoto and Hoard appeared in the paint while Inglis and Benite kept Granca in the vanguard (71-70, with 6:39 to go).

But now it would be Hapoel’s outside shot that would put the yellow team against the ropes, with a recital by Brown who took the lead in the absence of Munford (73-81).

The yellow equation went from prioritizing the perimeter to overturning the balls in the inside game, allowing Inglis to make it 82-83 with 40 seconds to go. But it would be the Polish AJ Slaughter with a triple with 3.5 seconds to go who will decide the match in a heart-stopping finish (85-83).

Incidents: Match corresponding to the fifth day of Group B of the regular phase of the Eurocup for clubs -Eurocup- played at the Gran Canaria Arena in front of 2,366 spectators.