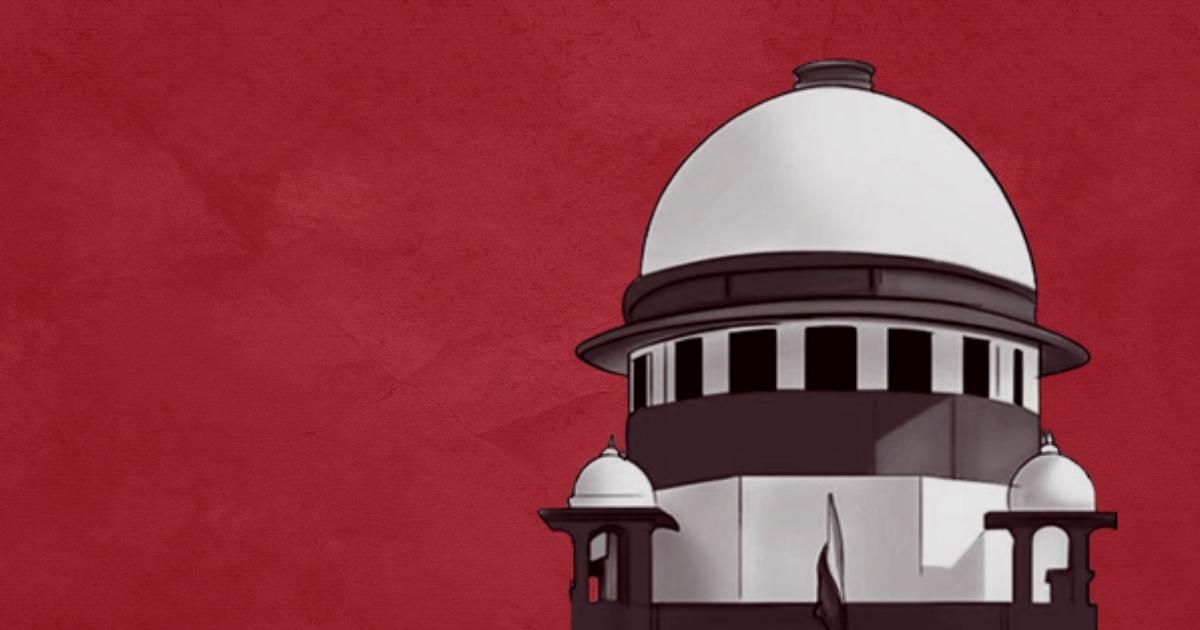 Last week, the Center appointed Election Commissioner A.K. Several questions have arisen after the file submitted to the Supreme Court on Thursday regarding Goyal’s hasty appointment. The Central Government was also questioned about the criteria to be adopted for selecting the candidate for the post of Election Commissioner.

On Thursday, Justice K.M. A constitution bench headed by Joseph reserved its verdict after three days of hearing several petitions seeking the formation of a neutral selection body for the appointment of election commissioners. It may be noted that in this bench Justice Ajay Rastogi, Aniruddha Bose, Hrishikesh Roy and C.T. Ravikumar is involved. The said petitions were filed in 2021 by Advocate Anoop Baranwal and NGO Association for Democratic Reforms and others.

After going through the file placed before the bench, Justice Rastogi remarked, “Process, approval and appointment on the same day. What kind of assessment did the government make?

Justice Joseph said that Goel “may have a brilliant academic record, but it is not just about talent. The question is: You can have a man, but is he humble?” Attorney General of India (‘AGI’) R Venkataramani replied, “For this, there is no litmus test.”

The bench repeatedly asked the central government about the process and criteria for shortlisting the Election Commissioners for making recommendations to the President.

A note submitted by the central government and seen by The Leaflet said that after considering the database of the Department of Personnel and Training, the Union Ministry of Law and Justice first recommends the list of names for the consideration of the Prime Minister and then to the President. Sends.

However, the note placed before the Supreme Court corroborates the allegation that Goyal’s appointment process proceeded at an unusual pace. It added that Goyal’s request for voluntary retirement was sent to the Chief Secretary of Punjab on November 18 and the same day the Punjab government accepted the voluntary retirement and also bypassed the mandatory notice requirement of three months. It is known that Goyal was from Punjab cadre. By November 19, his file had received the approval of both the Prime Minister and the President and a gazette notification had been issued in this regard.

Justice Bose asked the AGI, “Is this how it normally happens?”. The AGI replied, “No, no, it’s just a coincidence.”

On the question of criteria, the AGI said that among other things, the central government takes into consideration the seniority of the prospective candidates and the length of their tenure after being appointed. During the last hearing, the AGI had defended the lack of statutory procedure for appointments, saying, “some degree of informality is always necessary in certain areas of institutional administration.”

Senior advocate Gopal Sankaranarayanan, appearing for one of the petitioners, claimed, “Until this file was shown today, we did not even know how election commissioners were appointed. Several queries have been put to AGI by the bench and there is no reply as to whether any process has been laid down or not.”

In the previous hearing, the bench had questioned the central government on the appointment of persons whom “they knew would not be able to complete their six-year term”.

On Thursday, the Supreme Court remarked that the bench was of the view that “merely persons who have reached the brink of retirement will certainly not get tenure…the selection is done carefully. Is this a rational criterion?”

The bench said, “You [चुनाव आयोग (चुनाव आयुक्तों की सेवा की शर्तें और कामककज) अधिनियम, 1991] are violating, we are telling you openly. [चुनाव आयुक्तों] is expected to have a term of six years.” Section 6 states that the Chief Election Commissioner and the Election Commissioner shall be deemed to have relinquished their office only if they have done so under Section 4 of the Act (which prescribes a term of six years). has completed the term of office specified in the or has attained the age of sixty-five years.

The writer is a journalist based in Delhi and Mohali.

Click on the link below to read the article originally published in English: