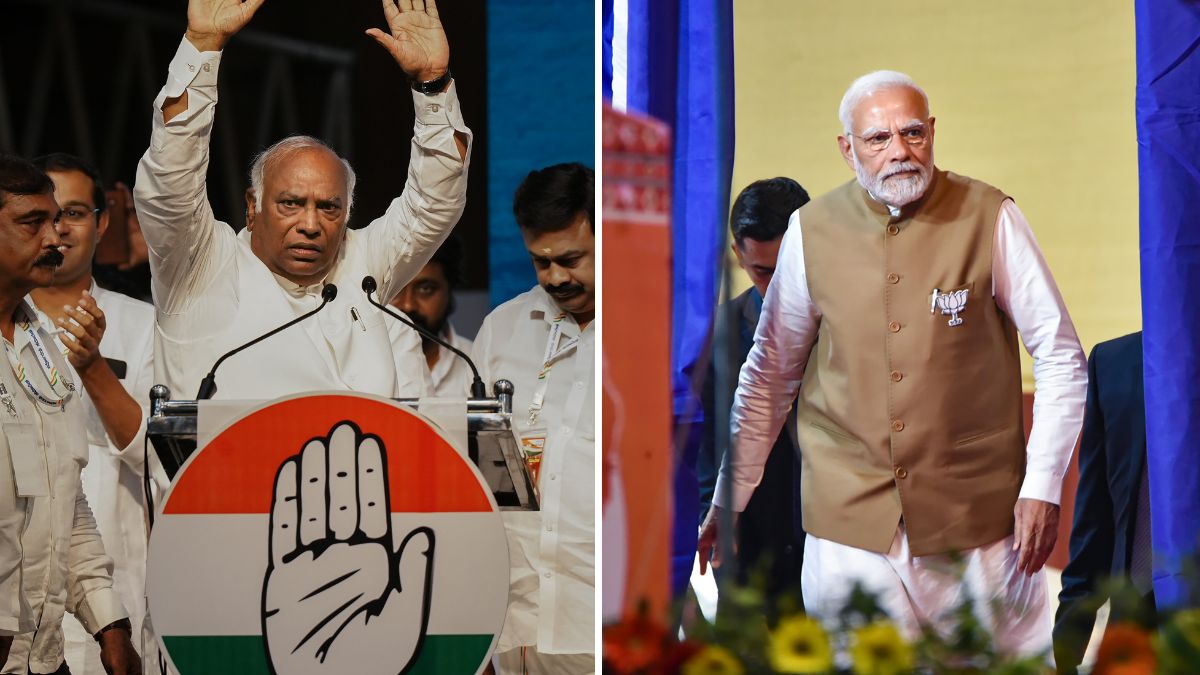 Ahmedabad: Campaigning for the first phase of the Gujarat Assembly elections will end at 5 pm today. All the parties have put forth their might and campaigned vigorously for victory. Meanwhile Congress President Mallikarjun Kharge Addressing a rally in Gujarat, he took a jibe at Prime Minister Narendra Modi for seeking votes on his face. He compared Prime Minister Modi to Ravana. Kharge said that Modi is seen in every election, does he have 100 heads like Ravana.

‘Kharge’s statement about PM Modi is a vote bank experiment’

At the same time, now BJP has become an attacker on Congress regarding this issue. BJP spokesperson Shahzad Poonawala said that the Congress has come down to opposing constitutional posts while opposing a person. Kharge’s statement about PM Modi is not a coincidence but a vote bank experiment and industry.