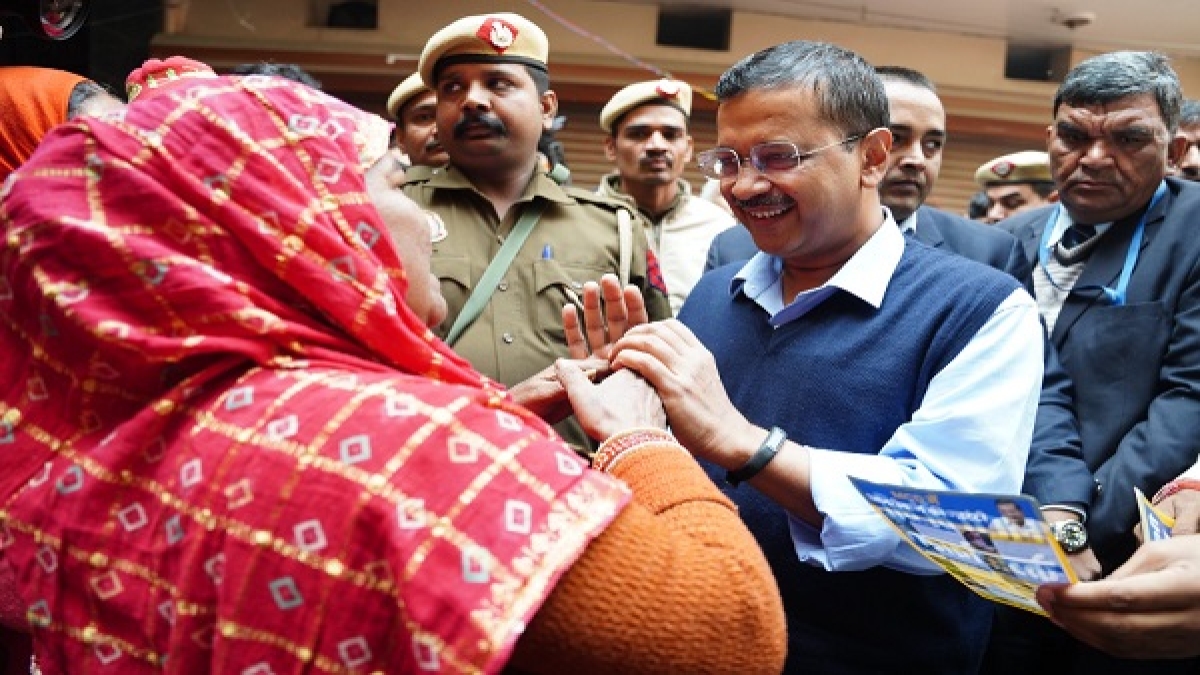 CM Arvind Kejriwal has addressed only one public meeting on 20 November since the announcement of MCD elections in Delhi. Party sources say that this time Kejriwal’s focus is more on monitoring than campaigning.

Delhi Municipal Corporation election 2022:
Since the announcement of MCD elections till now, Aam Aadmi Party chief and Delhi CM Arvind Kejriwal has addressed the people in only one street corner meeting. This Nukkad Sabha was also held in Paharganj on 20th November. Since then, Kejriwal has not been seen anywhere campaigning for the party for the MCD elections in the way he is doing in Gujarat. However, apart from issuing 10 guarantees for the MCD elections, he has also held a few press conferences during this period.

All the Aam Aadmi Party candidates contesting the MCD elections are also wishing that once Kejriwal comes to their area, there will be an impact on the voters. For this, they are also constantly questioning the party leadership, but at the moment everyone is being asked to wait. However, most of the party’s star campaigners, including Deputy CM Manish Sisodia, are visiting different wards daily and doing padyatras with the candidates and also addressing street meetings. However, without Kejriwal everyone is finding the campaign somewhat incomplete.

Party sources say that this time the CM’s focus is more on monitoring than campaigning. Even while staying in Gujarat, he is constantly monitoring the campaign for the MCD elections and is also constantly taking feedback from senior party leaders and his team members. Apart from this, the CM is also taking stock of the party’s position in all the wards by conducting regular surveys. Based on the results of the survey, the CM has also claimed that BJP will get less than 20 seats this time in the MCD elections. From campaigning strategy to answering many other important issues and allegations, Kejriwal is constantly in talks with senior party leaders and plans are being prepared for online meetings.

Campaigning for the MCD polls will end on the evening of the 2nd, while in Gujarat, the campaign for the 89 seats going to polls in the first phase on December 1 will end on Tuesday evening itself. In such a situation, Arvind Kejriwal will now be able to give more time to Delhi. Sources say that in the last four days left for campaigning in the MCD elections, the CM will also be seen campaigning in Delhi. Since this election is being held at the ward level, such a plan is being made for campaigning, through which Kejriwal can campaign in maximum number of wards in minimum time.

read this also – Nadav Lapid: Who is Nadav Lapid, who called the film ‘Kashmir Files’ ‘obscene and propaganda’