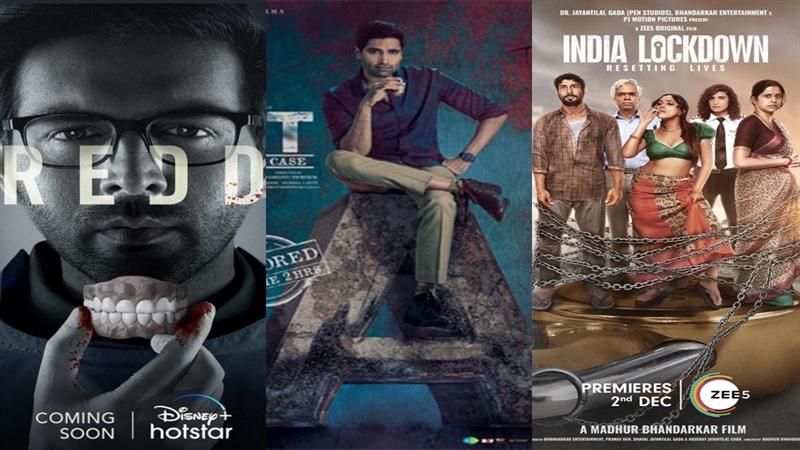 December OTT Release: The film industry takes full care of the entertainment of the audience. Recently released Ajay Devgan’s Drishyam 2 is getting a very good response at the box office. At the same time, Varun Dhawan’s Bhediya film is also being liked by the audience. At the same time, many films are being released in the first week of December. These include films and series ranging from fantasy, horror and adventure to thriller. Apart from theaters, it will also come on digital platforms. Let us know which movies will be streamed on OTT platforms like Netflix, G5 and Disney + Hotstar in the first week of December.

Bollywood actor Kartik Aaryan’s Bhool Bhulaiyaa 2 has been the blockbuster movie of this year. Now Karthik is in headlines for his upcoming film Freddy. Karthik is seen in a mysterious look in Freddy’s trailer. Since then the fans are eagerly waiting for its release. Karthik’s film will stream on Disney Plus Hotstar on 2 December 2022.

ZEE5’s original film India Lockdown depicts the horrors of the lockdown during the Covid pandemic. This film is directed by Madhur Bhandarkar. It stars Prateik Babbar, Shweta Basu Prasad, Aahana Kumra, Sai Tamankar and Prakash Belawadi in lead roles. The film will start on Zee5 on 2nd December.

The hit the second case has a story similar to the Delhi case. Exactly the same crime is depicted in this film. Major fame Adivi Sesh is seen in the film Hit 2. The film is going to release in theaters on 2 December. The story of the film is being told on the true incident. Apart from Adivi, Meenakshi Chowdhary is also in the lead role in the film.

Troll is an upcoming monster movie from Netflix. Starring Ine Marie Wilmann, Kim Falk, Mads Sjoerd Petsern, Gart B. Eidsvold and Paul Anders. It is directed by Roar Uthug and produced by Espen Horn and Kristian Strange Sinkrud. It has been filmed in Norway. It will premiere on Netflix on 1 December.

The Chinese film Warriors of the Future will stream on Netflix on 2 December 2022. It was made with a budget of $56 million. It has grossed $111 million globally as a commercially successful film. The film is directed by newcomer Ng Yuen-phi.