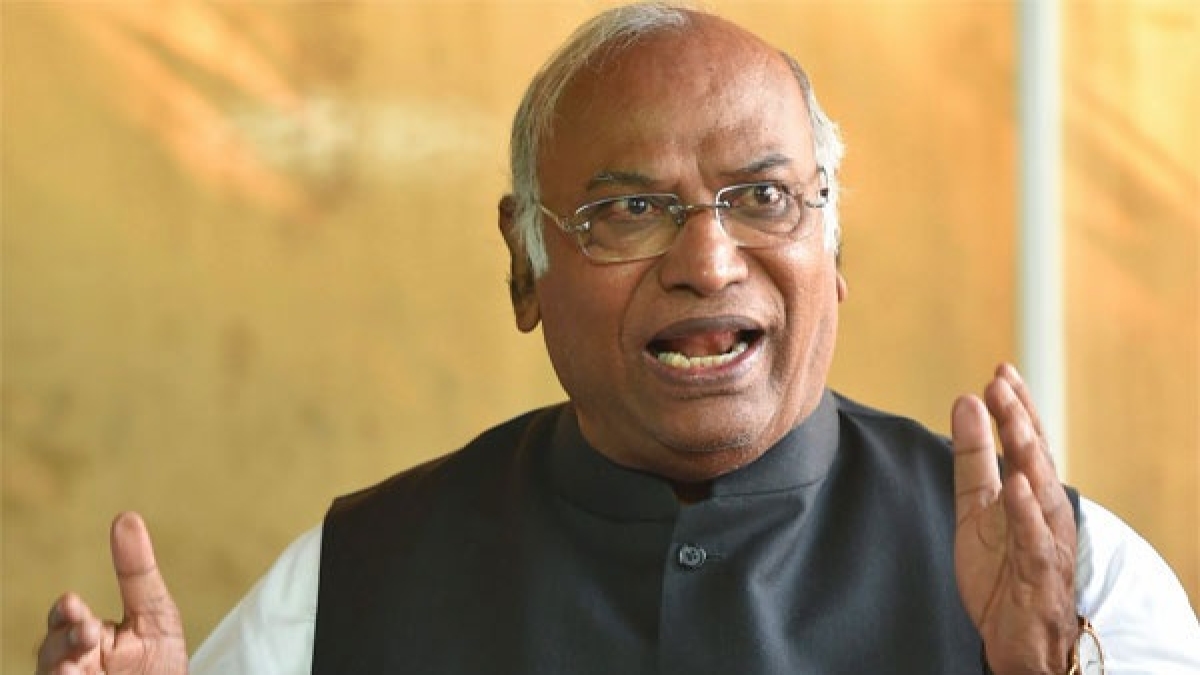 Congress President Mallikarjun Kharge has attacked the BJP and the central government on the occasion of Constitution Day. Accusing the central government, he said that the Constitution is facing an existential crisis. This is the reason why India is no longer a cooperative federal nation. He said that ever since the BJP government came to power in the country i.e. since 2014, the RSS has used it as a political vehicle to curtail the freedoms enshrined in the Constitution.

Kharge did not stop here, attacking the central government, saying that now illegal has become legal as fringe has now become mainstream. The most important tangible spirit of our democracy is being distorted and disrespected. He said that it is now being used as a tool to push the opposite agenda.

In his statement titled ‘The Looming Crisis of the Indian Constitution’, Kharge said India’s first President Rajendra Prasad had said, “If those elected are capable men of character and integrity, they should be able to make the best of a flawed Whereas, if they are lacking, then the constitution cannot help the country.

The Congress President claimed that a Constitution that has successfully stood the test of time for more than seven decades is today facing a fundamental crisis. Today there is indeed an existential crisis to the spirit behind its text, he said. The Congress President said that today we have reached a point where disagreement is increasing not only among people but also between governments and states. Kharge blamed the RSS and the BJP for this.

The Congress president said that the central government has completely surrendered itself and its institutions to the RSS. He said that RSS is such an organization, which promotes hateful propaganda in the guise of social service. He said that in fact now it would not be wrong to call RSS and BJP allies of each other.

The Congress President said that the dream of Baba Saheb Ambedkar is being destroyed by the BJP government. Because gradually fundamental rights are being abolished by BJP and RSS. He also recalled a warning given by Ambedkar. The Congress president said that Ambeder used to say that “if parties put creed above country, our freedom will be put in danger a second time and perhaps lost forever. We must all defend it together.”

The Congress President said that the Congress has launched the Bharat Jodo Yatra to unite the country against the forces of hatred and division. He appealed to the people that “Let us take ownership of bringing India back to its constitutional values ​​and restoring the nation in times like these”. The only way to control the new hegemony, he said, was to fight it with ideological and moral strength Have to compete.”

Accusing the central government, Kharge said that within the system, the ruling party has closed all avenues for the opposition to express protest. He said that whenever the BJP is questioned in Parliament by the opposition, the mike is muted. So that the sound does not reach the people. The Congress President said that national agencies are also being misused by the Central Government to suppress the voice of the opposition.

The Congress President said that the functioning and independence of the Election Commission of India has also been put in jeopardy by the central government. The opaque system of electoral bonds implemented in the form of Money Bill is being taken advantage of by the ruling party. Apart from this, Kharge took a dig at the Law Minister. He said the law minister lectures the executive and the judiciary by saying “there is no use fighting among themselves”. The country is being divided on religious lines by the BJP and the RSS. Moral privacy is also being eroded by surveillance in public areas.

read this also- ‘BJP will win in Gujarat, because I am in it’, claims the candidate who left Congress, know who he is