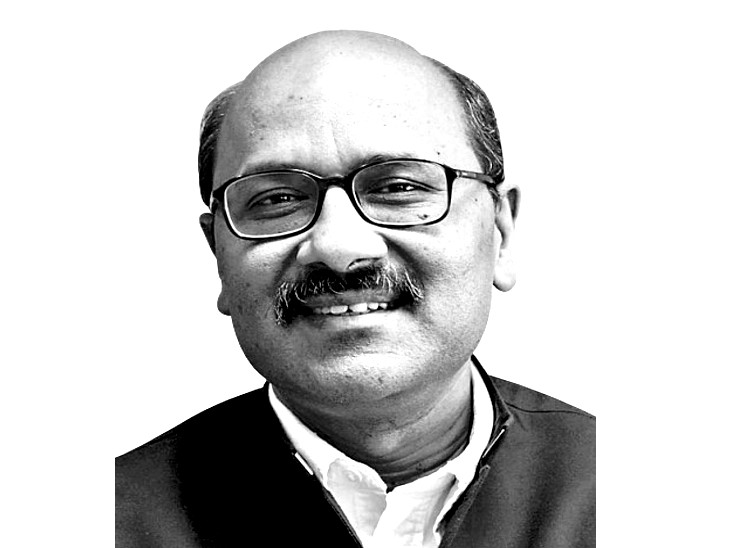 Now that the ongoing electoral contest in Gujarat is looking like the worst in the last two decades, what does this tell about our politics? This is despite the fact that Aam Aadmi Party is also entering the fray as a new player. Some feel that the BJP will win easily, especially considering that the opposition vote will be split between the Congress and the AAP. Then what is the story?

The apathetic attitude of the Congress can be understood as the party does not want to use all its arrows in Gujarat, where it is seeing the situation overwhelming itself. Instead, she prefers to save her weapons for the bigger battles. And BJP, which never takes any election lightly, has put energy into campaigning like always.

Still, the distraction is not visible as was seen in 2017, when the Congress was fighting a close contest. BJP’s effort is to root out AAP even before it gets its foothold. The BJP is now fully convinced that the decline of the Congress, which has been going on for the last decade, has now reached a point beyond which it poses no significant threat.

However, even if the Congress disappears from the scene, as happened in Delhi, Odisha and Bengal, its loyal vote usually does not go to the BJP. He always finds other places. For example, Mamta’s TMC, Patnaik’s BJD or Kejriwal’s ‘AAP’, as happened in Delhi and Punjab. What is going to happen even if AAP gets more than 15% votes in Gujarat?

The Congress has been losing Gujarat to the BJP for nearly three decades, but its vote share has remained stable and sizeable (above 30%), even as Modi swept all the state seats in the 2014 and 2019 general elections. seats were won. In 2017, the Congress trailed the BJP by 20 seats, but had a vote share of 41.4%.

Rahul Gandhi’s Padyatra not passing through this constituency, as well as party leaders being distracted from it, can definitely hurt the vote share of the Congress. The people of BJP believe that Rahul Gandhi’s Congress had given a tough fight in the 2017 elections. Its effect was also visible in Modi’s emotional address to the party after the victory. Today that kind of tension is missing.

Congress not being concerned with the urgency is a tricky issue. The answer you get depends on who you talk to in Congress. There are some enthusiasts who claim that there is an anti-incumbency wave in both Himachal and Gujarat and that even without making any special efforts, the BJP’s defeat is certain, especially in Himachal.

At the same time, there are those close to Rahul Gandhi who argue about him that look, he is realistic and sensible. He has concluded that it is better for the BJP if the electoral contest is Modi versus Rahul. That’s why Rahul has removed himself from the way for the time being. This is a well thought out strategy. However, this does not mean that the party has put its ambition on hold.

Rather, it is part of a strategy to strengthen ourselves for future battles. Those with a keen eye for what the party thinks would argue that instead of fighting Modi and losing, Rahul is engaged in the exercise of posing a bigger challenge for 2024 with a clear ideological binary. It may be nice to listen to the Rahul camp, but there is no doubt that the cycle of politics is cruel.

It doesn’t give you any time to heal. And when your rivals are the ones doing ‘Khanti politics’ like Modi and Kejriwal, then any pause will mean that you have accepted defeat. One cannot take a gap year for now with the expectation of a big comeback in 2024. The elections of the two states being held at the moment are such, where the fight has always been between the Congress and the BJP.

In one of these, AAP is eyeing only Congress votes. This will set the tone for the next 13 months, where the Congress and the BJP will be pitted against each other in state after state. The next election will be held in Karnataka. However, the Congress is in no position to challenge KCR in Telangana, where the BJP has risen rapidly. But at the end of the year, it will have a direct fight with the BJP in three states of Rajasthan, Chhattisgarh and Madhya Pradesh.

Of these, the first two states are ruled exclusively by the Congress (not a coalition like in Jharkhand). There is a lot at stake here for the party. However, two decades of political learning tell us that the election results of these three key states in the central region are no real indicators of the course of the general elections to be held about six months later.

The BJP knows it may suffer another blow here as the general election will be fought for Modi’s third term. But for the Congress, losing any of these states would mean a poor line-up for 2024. Karnataka offers better prospects for the Congress. The BJP government there is tottering, discordant and it is not even Modi and Shah’s own state.

threat of a new rival
The BJP in Gujarat is embroiled in a strange paradoxical situation. On the one hand, it wants that any vote that the Aam Aadmi Party gets should be from the Congress only. At the same time, she also does not want that the Aam Aadmi Party should get a lot of benefit from it. Because while a collapsing rival is a boon for him, the emergence of a new rival is nothing less than a great danger.

(The views are the author’s own.)