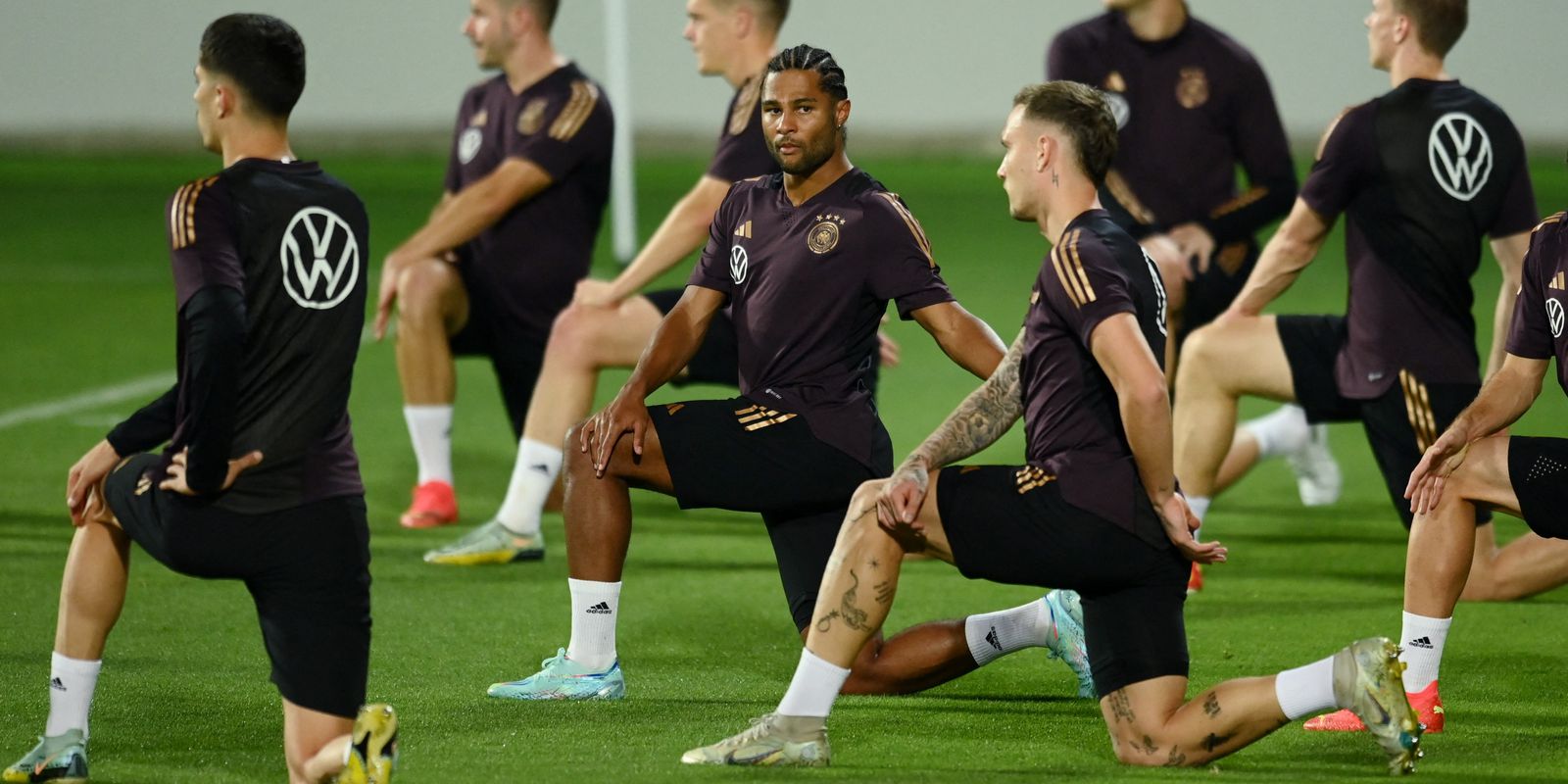 The highlight of the eighth day of Qatar Cup games is the European derby in Group E between Germany and Spain, which will be played from 4 pm (Brasília time) at Al Bayt Stadium, in the city of Al Khor.

After debuting with a defeat to Japan, the Germans need a victory in the second round of the group to remain with chances of qualifying for the round of 16. Thus, the team led by coach Hans Flick will have to pick up the pieces and add points against the strong Spanish team, which thrashed Costa Rica by 7-0 in its debut.

🏋🏻‍♂️ Do I make an effort? This is not negotiable.

The detail is that if Germany leaves the field defeated and Japan scores against Costa Rica, the Germans will have no chance of advancing to the round of 16 at the end of the second round of the group stage.

The other Group E clash is scheduled to be played from 7am at Ahmad Bin Ali Stadium in Al Rayyan. Against Costa Rica, the Japanese are looking for their second consecutive victory in the competition, which would practically seal their classification for the next phase.

In Group F, Belgium and Morocco will face off at 10am at Al Thumama Stadium. If they win, the Belgians will qualify for the round of 16 in advance. Morocco, on the other hand, is looking for a victory after a secure debut in the goalless draw with Croatia.

The Croatians, on the other hand, enter the field at 1 pm to face Canada at the Khalifa International Stadium, in Doha.

* Collaboration of Pedro Dabés (intern) under the supervision of Verônica Dalcanal.