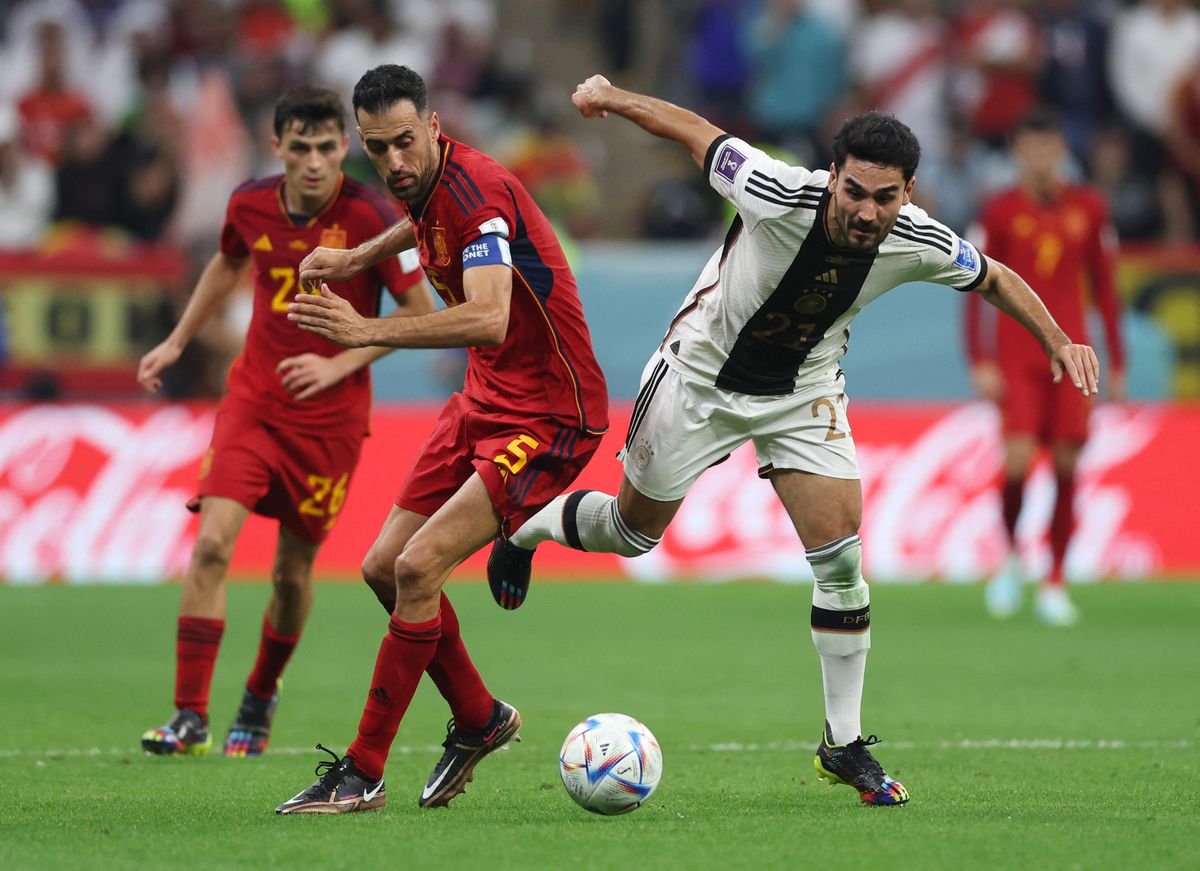 The Jor stadium is a tribute to the tent. The desert nomads’ tent is depicted with an undulating Teflon cover printed with Bedouin stripes. The footballers on the field are also nomads, otherwise the tournament held in Qatar would be table football. The 100×50 meters of grassy surface is the symbol of the disputed territory. The first to see the enemy has an advantage. To attack or to protect yourself. That’s what it’s about when two teams like Germany and Spain start playing: that each of the 22 players detect the danger. Since there is no man with a better eye than Busquets in the entire World Cup, the first thing the Spanish captain did was make sure that Jamal Musiala remained under his close watch.

The choice of Busquets denounced the precariousness in which this German team lives. The first minutes of the game confirmed it. Subjected to advanced Spanish pressure, and with Gündogan listed as false nine to cut off Busquets’ departure in the rival field, neither Kimmich, nor Goretzka, nor Süle, nor Rüdiger offered promptly to get out of the quagmire. The only one who didn’t mind risking losing the ball in the crowd of legs, the only one who came down to ask for it energetically, quickly and determinedly to gain a foot from his marker, was this 19-year-old boy who barely has two seasons as professional.

Hansi Flick, the coach, already warned that Germany’s problem against Japan had been that their players had lacked “conviction” to “act more consistently” with the ball at their feet. Interestingly, he said that in order to correct it, he had prepared specific trainings. Practices, in the remote concentration of Al-Shamal, aimed at raising the spirit. Since historical times, German coaches have been convinced that the will can correct any deficiency. But the reality of high competition stubbornly repeats that what is not brought from the cradle is impossible to develop in training, no matter how determined those involved are to change their luck.

Under the extreme pressure led by Busquets, in those initial minutes the opponent’s shortcomings and real virtues emerged. Neither Musiala was daring nor Kimmich and Goretzka behaved irresponsibly. Musiala asked for the ball because his mastery of space and his cognitive activity allow him to take the risk with guarantees of success. If the others cringed, it was because they had so many opponents on top of them that they didn’t know exactly where they were standing, or if they would have time to turn. When Morata tried to take charge of the situation, Busquets blocked his way and Germany drowned.

The four-time champion only overcame this initial state of anxiety when she clung to her slogans of playing without the ball. With claw to defend and order to take the pressure to the Spanish field. For an hour, the match was a tribute to gegenpressingthe back pressure, or pressure after loss, they call it. Gundogan paired up with Busquets, Kimmich with Pedri and Goretzka with Gavi. Man to man, Flick’s machinery in midfield functioned as a lifeboat. If his team did not have enough quality to circulate the ball safely, he could at least escape the wreck by preventing Spain from moving the ball at full speed.

Morata’s goal confirmed that Germany could hardly play to react and the tie of the tank Füllkrug —who entered in the second part— accentuated the trend. In the absence of touch, the old Germany clung to its ancestral identity of thrust, thrust and hammer.