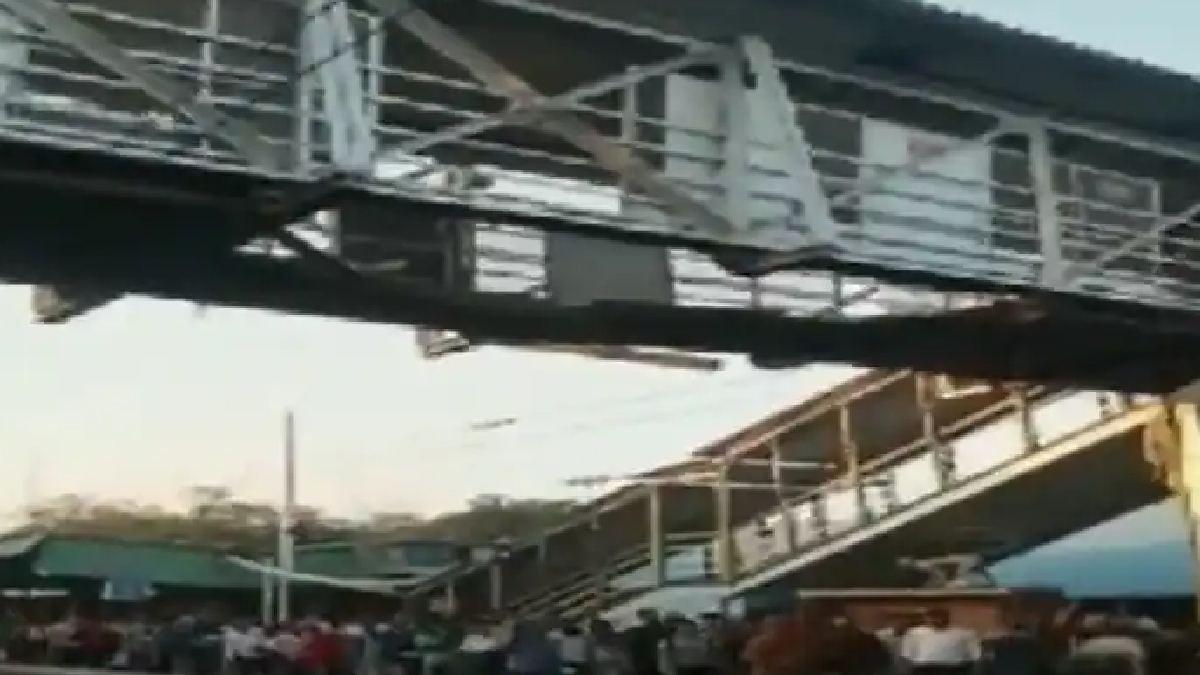 chandrapur: According to the news agency ANI, the news of the collapse of a part of the footover bridge in Chandrapur, Maharashtra has come to the fore. There is news of many people getting injured in this accident. The incident took place at Ballarshah railway station. About 10-15 people have been injured in this incident. This accident happened on Sunday evening around 5 pm.

According to the information received, a part of the foot overbridge fell down at Ballarshah railway station in Chandrapur district. The height of this footover bridge is said to be about 5 feet. Many people were present on the spot at the time of the accident. Which fell on the railway tracks from a height of 60 feet. There is a possibility of 10 to 15 injured in this accident.

#WATCH , Slabs fall off of a foot over bridge at Balharshah railway junction in Maharashtra’s Chandrapur; people feared injured pic.twitter.com/5VT8ry3ybe

It is also being told that eight of these people are serious. The passengers injured in the accident have been taken to the hospital, where their treatment is going on. The video of this accident is becoming quite viral on social media. According to reports, several passengers were crossing the track at the time of the accident. This footover bridge connects platforms one and two.