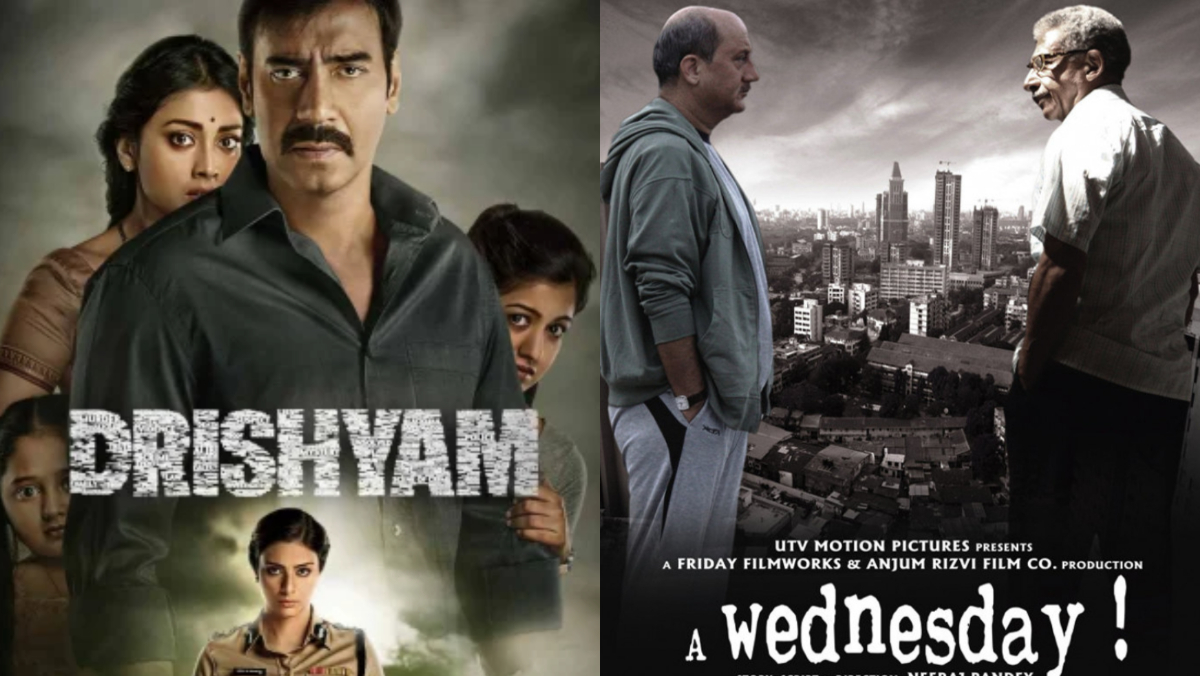 Movies with high tension, crazy suspense, drama, unmatched thriller and good action are liked by most of the people. There are many such films in Bollywood in which good thriller is seen. Today we will tell you about those Bollywood movies in which you will get to see a very good twist. If you want to watch thriller movies then you will like this list of movies. Let’s know about those films.

Hindi thriller films like Kahaani in Bollywood revolve around a pregnant woman, Vidya Bagchi (Vidya Balan), who comes from London to search for her husband in Kolkata during the time of Navratras. During this, he gets a lot of information and there are many turn and twist in the story. A police officer helps her in the search for her husband. The film has ended on a very high note.

A Wednesday is a thriller film based on a random Wednesday incident in Mumbai that turns people’s lives upside down. The story begins when a man (Naseeruddin Shah) makes a call to Mumbai’s commissioner (Anupam Kher) Rathore from the rooftop of a building. He tells her that he has placed five bombs all over the city which can explode within four hours.

Hindi remake of Malayalam movies Drishyam among biggest blockbuster movies. Has been added to the must-watch list of Hindi thriller films in Bollywood. The story of the film revolves around a small happy family consisting of Vijay (Ajay Devgn), his wife Nandini (Shriya Saran) and two daughters. Vijay who is a 4th class drop-out runs a cable business in Goa. A storm comes in his life when his family is accused of murdering a boy. The second part of the film has been released and is being well received by the people.

Bigg Boss 16 Wild Card: Know who is the Golden boy, whose entry is going to be in ‘Bigg Boss 16’

He is accused of murdering Arjun (Tony Luke), the boyfriend of a young business woman Naina Sethi (Taapsee Pannu). This is one of the best suspense thriller movies and you will get to see twists and turns at every turn. When Naina’s lawyer Jimmy (Manav Kaul) tells her that he is going to hand over Naina’s case to Badal Gupta (Amitabh Bachchan), one of the best lawyers who hasn’t lost a single case in the last four decades. Badal Gupta does not agree with Naina Sethi’s story and finds several flaws in the story.

There are two suspects in the film who have different versions of the same story, but one is telling the truth. The story is based on finding this truth. Suspects Vikram (Sidharth Malhotra) and Maya (Sonakshi Sinha) have a completely different story to tell in one night’s incident. Police officer Dev (Akshaye Khanna) is investigating this double murder. This is one of the best suspense thriller of Bollywood.

Lux style Awards: The man who raised his hand on his wife got the Best Actor Award, celebs expressed their displeasure