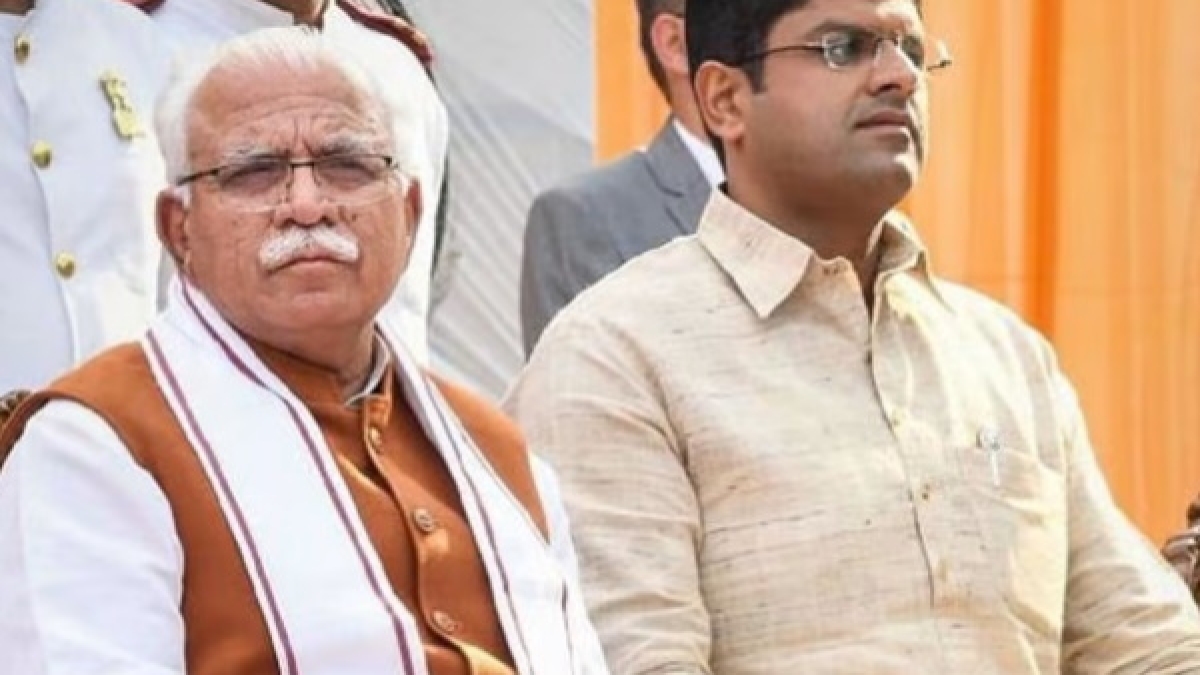 BJP-JJP are partners in power in Haryana, there is no alliance between the organizations of both the parties. While in the government, the coalition parties have fought all the three assembly by-elections together. However, in all the three by-elections, the candidate remained of BJP. The picture is not clear yet about fighting the 2024 assembly elections together or separately.

BJP-JJP are partners in power in Haryana, there is no alliance between the organizations of both the parties. While in the government, the coalition parties have fought all the three assembly by-elections together. However, in all the three by-elections, the candidate remained of BJP. The picture is not clear yet about fighting the 2024 assembly elections together or separately.

The BJP-JJP contested the latest Panchayati Raj elections separately. The BJP fielded candidates on the party symbol on 102 Zilla Parishad seats. Whereas, JJP contested on the party symbol only at three places. The special thing in this is that where BJP fielded its candidates, JJP did not field its candidate. The BJP had left three seats for the JJP in Kurukshen and Nuh districts under their influence.

There was no alliance between the two parties to contest the Panchayati Raj elections together. The BJP State Election Campaign Committee had left the decision to contest the Zilla Parishad elections on the party symbol to the district units. JJP also took the same decision in the meeting of the Political Affairs Committee.
On the announcement of the district units, the JJP fielded its candidates at only three places on the symbol. This year, before the civic elections, the BJP had decided to enter a different field, which had to be changed later under the pressure of the high command. Both the parties contested the civic elections under the alliance. BJP had left the seats of city council and municipalities for JJP.

Now eyes on three municipal corporations
After handling the Panchayat elections, now the eyes of both the parties will be fixed on the elections of Gurugram, Faridabad and Manesar Municipal Corporation. Both the parties would like to establish their control over these corporations. Elections are to be held in Manesar Municipal Corporation for the first time. Politically, these three corporations are very important. Right now the MP and most of the MLAs from here are from BJP only. Whether BJP-JJP will contest together in this election or not, it will be decided in the coming days. Since, this big election is to be held in the urban area before the 2024 elections.

BJP organization not in favor of moving forward with JJP
BJP’s organization is not in favor of contesting the 2024 assembly elections with JJP. In the meetings of the organization before the body and panchayat elections, senior leaders and many MLAs have given advice to contest separate elections. Some even say that the government’s image has been affected due to allegations of alleged scams in departments headed by JJP ministers. This thing has also reached the BJP high command. Despite this, the BJP-JJP alliance is intact in the state. The big reason for this is also that Deputy CM Dushyant Chautala has close relations with top BJP leaders.

no hurry to part ways
There is no haste to part ways with the BJP-JJP alliance. CM Manohar Lal and Deputy CM Dushyant Chautala are running the government step by step. As an organization, both the parties have stepped up their preparations for the next assembly elections. JJP is standing in the field regarding its fourth foundation day to be held in Bhiwani on 9th December. The future politics of JJP will be indicated from this rally.