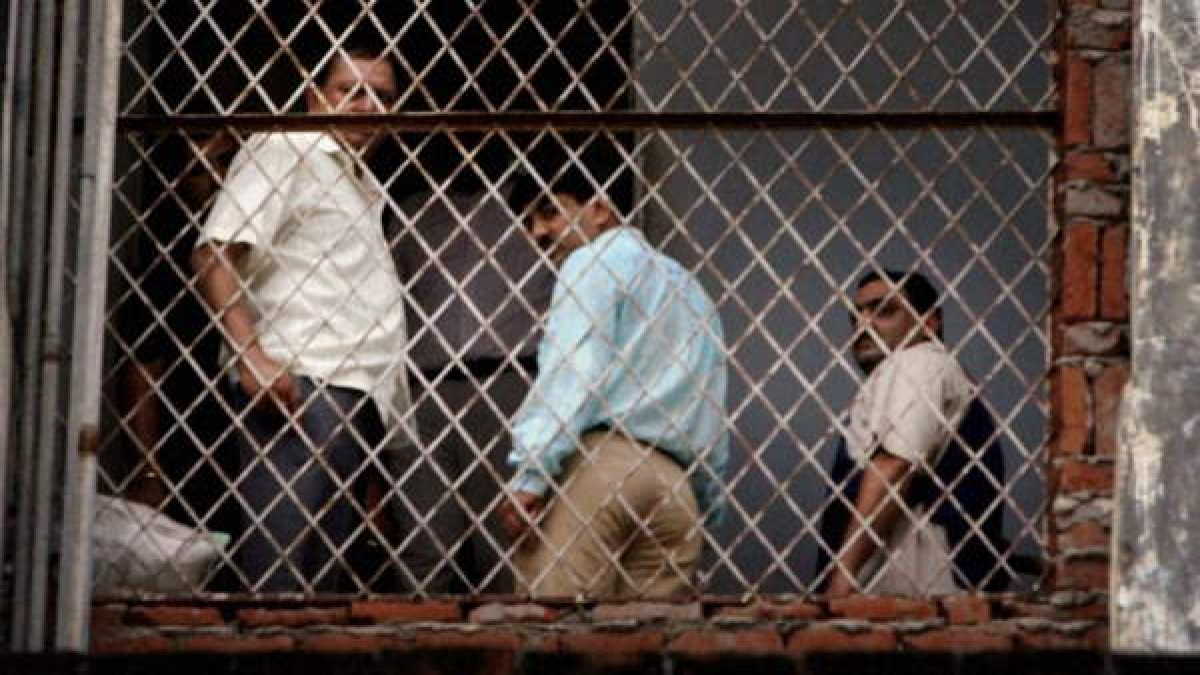 Indian Mujahideen terrorists, the conspirators of bomb blasts at many places in the country, were hiding in a multi-storey building in Delhi’s Batla House area.

Batla House encounter, based on the information of intelligence, the Special Cell of Delhi Police raided there on 19 September 2008, in which two terrorists were killed, while Encounter Specialist Inspector Mohan Chand Sharma was martyred. “During the Batla House encounter, Congress leaders cried in support of the terrorists. The Congress government sitting in Delhi used all its might to free the terrorists. The Congress government was busy targeting Modi, not the terrorists.” Prime Minister Narendra Modi said these things while addressing a public meeting in Surat on 27 November.

What did PM Modi say in the rally

Addressing an election rally in Gujarat’s Surat, PM Modi recalled the blasts in Surat and Ahmedabad. Targeting the previous government at the Center for these incidents, he said that Congress was at the Center then, we asked them to target terrorism but they targeted Modi.

Modi said that after the Batla House encounter, Congress leaders shed tears in support of terrorists. “Not only Congress, many such parties have come, who believe in shortcut and appeasement politics. Gujarat and the country need to be alert from such parties. The youth of Gujarat up to 25 years of age have asked how the curfew would have been till now. Hey, haven’t seen this. I have to save them from the bomb blasts.” PM Modi further said that terrorism was at its peak in the Congress government. Congress sees terrorists as ‘vote bank’.

War of words started in BJP-Congress

After this statement of PM Modi, once again the case of Batla House encounter has come in the headlines in the political corridor. In response to this, Congress President Mallikarjun Kharge at a rally in Ahmedabad targeted PM Modi and said, “He talks about himself all the time. Don’t look at anyone and vote by looking at Modi. Brother, how many times have you seen your face. In corporation Seeing your face also, seeing your face in MLA elections, seeing your face in MP elections. Everywhere. How many are there brother, do you have 100 faces like Ravana?”

After this statement, BJP spokesperson Sambit Patra also retaliated and said that “It is a grave insult to call PM Modi Ravana. He has insulted the whole of Gujarat. This statement is not only of Mallikarjun Kharge but also of Sonia Gandhi and Rahul Gandhi. Sonia The PM has been insulted at the behest of Sonia. Sonia had called Modi a merchant of death.”

The story of Batla House encounter is about 14 years old from today. On 13 September 2008, serial blasts took place at three places in Delhi, Karol Bagh, Connaught Place and Greater Kailash. About 30 people died and more than 100 were injured in these bomb blasts. While four bombs were recovered and defused by the police before exploding from Connaught Place’s Regal Cinema Hall, India Gate and Parliament Street. After this terrorist attack, all the agencies were shocked.

Even after several terrorist attacks in the year 2005, the police started efforts to nab the terrorists. In this episode Mumbai Police Crime Branch arrested Afzal Usmani who provided stolen cars in Gujarat attacks.

During interrogation, Afzal told that a ‘top commander’ of Indian Mujahideen named Bashir was hiding in a ‘safe house’ in Delhi’s Jamia Nagar. Subsequently, the Gujarat Police Crime Branch recovered a phone from Bharuch which was completely switched off after the Ahmedabad terror attacks. After extracting the details of the phone, it was found that several calls were made from that mobile to Delhi’s Jamia Nagar.

Karnail Singh, former director of the Enforcement Directorate and Special Cell Joint Commissioner during the Batla House encounter, had told India Today that all these inputs were shared with the Delhi Police. Delhi Police started tracing the mobile number 9811004309 of Atif Amin, one of the suspected terrorists. Which confirmed that Indian Mujahideen terrorists were living on rent in flat number 108, L-18, Batla House, a four-storey building in Jamia Nagar, Delhi. It is a congested Muslim majority area of ​​Delhi.

For further action, a team of seven members was formed under the leadership of Inspector Mohan Chand Sharma and DCP Sanjeev Kumar Yadav, posted in the Special Cell of Delhi Police. They had fixed September 19, 2008 as the day to raid there. Two terrorists Mohammad Sajid and Atif Amin were killed in the crossfire. Mohammad Saif was arrested while two terrorists named Shahzad Ahmed and Junaid managed to escape.

However, Shahzad was arrested in the year 2010 and Junaid in the year 2018 from Uttarakhand. Yasin Bhatkal had also lived in this flat of Batla House. Unfortunately, in this encounter, Inspector Mohan Chand Sharma was injured by the bullets of the terrorists, who later died during treatment.

Savarkar and Congress: Who has a problem with Savarkar – the Congress or only the Sonia family?

Did Sonia Gandhi really cry for the terrorists killed in the encounter?

In the year 2008, there was a Congress-led government at the Center and their leaders questioned the action of the Delhi Police by terming this encounter as fake. Senior Congress leader Digvijay Singh has on-record many times called this encounter fake.

In the 2012 Uttar Pradesh assembly elections, Union Minister Salman Khurshid had stunned everyone by saying that Sonia Gandhi got emotional after seeing the pictures of the boys killed in the Batla House encounter, with tears in her eyes. There was a huge controversy over this statement of Salman Khurshid. On the other hand, when the matter worsened after this statement, Khurshid turned around and clarified that he had not talked about crying.

Yakub Memon hanging
Congress leader Shashi Tharoor had expressed grief over the hanging of Mumbai blasts convict Yakub Memon. Tharoor wrote in a tweet that I am saddened that our government has hanged a man. State-sponsored killings equate us with murderers.

’26/11 RSS conspiracy’ – Pakistan had a hand in the 26/11 Mumbai attacks and its evidence was provided by the central security agencies to the Government of Pakistan as well. Despite this, Congress leader Digvijay Singh was busy telling the RSS responsible for this attack. Actually, journalist Aziz Burney had published a book named ’26/11 RSS conspiracy’. Which was inaugurated by Congress leader Digvijay Singh himself, that too not once but twice, once in Delhi and second time in Mumbai.