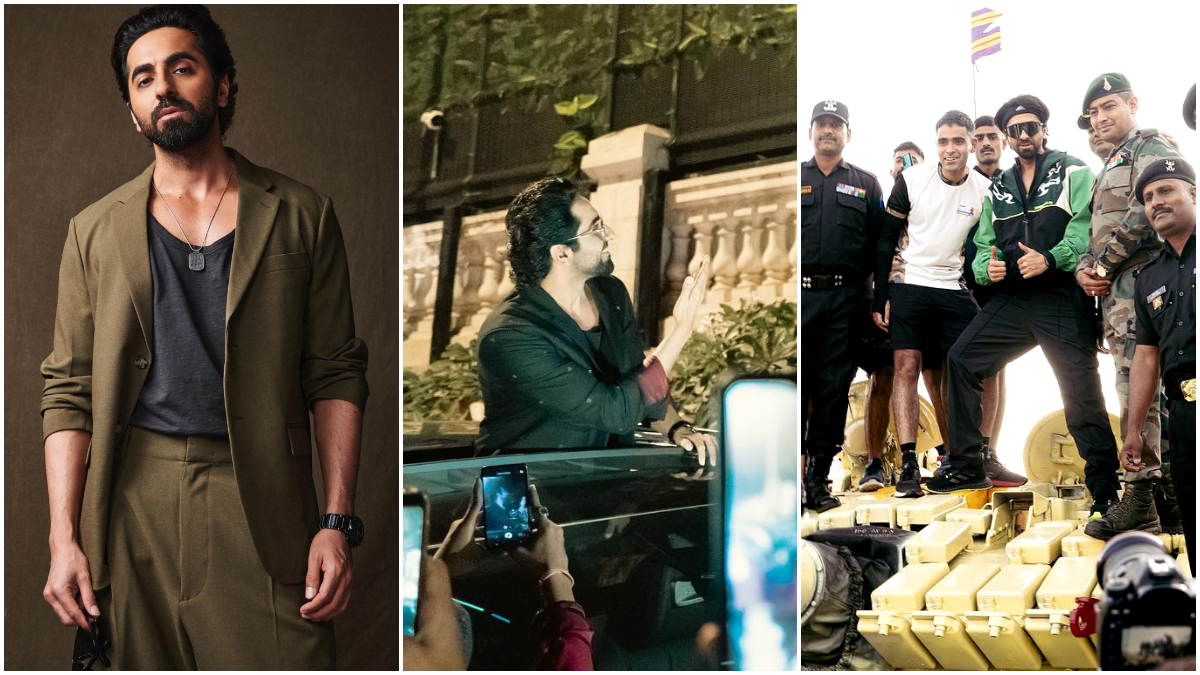 Mumbai : Bollywood actor Ayushmann Khurrana is in a lot of headlines these days for his upcoming film ‘An Action Hero’. His film is set to release in theaters on 2 December. Jaideep Ahlawat will also be seen in his lead role along with him in this film. Ayushmann Khurrana is promoting his film vigorously these days. After the release of the trailer of this film, the fans are also very excited to watch this film.

Recently, Ayushmann Khurrana passed by Bollywood superstar Shah Rukh Khan’s bungalow Mannat. While passing through, he also asked for a vow from the bungalow. Whose picture he has also shared on his Instagram account. In the picture, the actor is seen standing in his car next to Mannat’s bungalow, looking at it. At the same time, a huge crowd is being seen around them. Ayushmann Khurrana shared the picture and wrote in the caption, ‘When I was going through a vow, I asked for a vow.’

Let us inform that earlier the actor had gone to Ahmedabad to promote his film. Where he participated in the ‘Run for our Soldiers’ event. From where he has also shared three pictures on his social media account Instagram. In the pictures, he is seen standing on a tank with the Indian Army.

Sharing the pictures, he wrote in the caption, ‘I am just an action hero of the reel. The real action heroes are the brave hearts of the armed forces of India. Always indebted to him, today it was an honor for me to flag off the ‘Run for Our Soldiers’ marathon in Ahmedabad. Fans are liking this post of his. Fans are eagerly waiting to watch his film ‘An Action Hero’. His film will hit the theaters on 2 December.