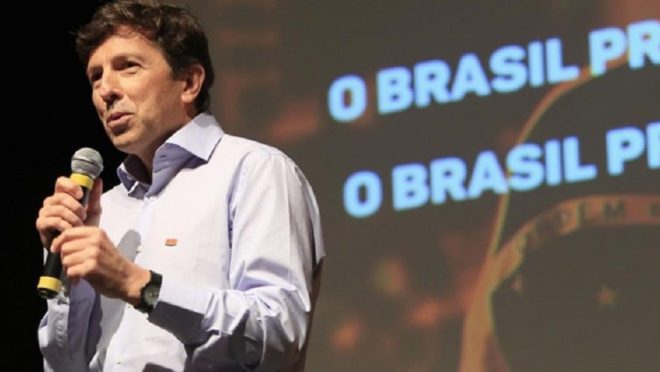 João Amoêdo stated that in recent years the Novo party was disfigured and moved away from its original ideals.🇧🇷 Photo: Marcelo Andrade/Gazeta do Povo

Businessman João Amoêdo announced this Friday (25) his disaffiliation from the Novo party, a party he helped found and for which he was a candidate for the presidency of the Republic in 2018. The decision comes about a month after Amoêdo has his affiliation suspended by the acronym after declaring support for President-elect Lula (PT) in this year’s elections.

“Today, with great regret, I resign from the party that I founded, financed and for which I worked since 2010. I would like to express my special thanks to everyone who was part of this team that, with dedication, humility and determination, turned something that seemed impossible into reality. Unfortunately, NOVO, founded in 2011 and for which we worked for more than 10 years, no longer exists”, criticized Amoêdo in a statement on social networks.

According to him, in recent years the party has been “disfigured” and moved away from its original ideals. “Over the last 33 months, under the current management, NOVO has been disfigured and distanced itself from its original conception of being an innovative institution that, with a long-term vision, without worship of saviors of the homeland, represented the hope of something different in politics. The current NOVO fails to comply with its own statute, equips its Ethics Committee to silence affiliates, makes coalitions only for electoral interests, idolizes representatives, does not recognize errors, attacks the constituted Powers of the Republic and encourages actions against democracy”, said the businessman .

According to Amoêdo, even with the poor electoral performance this year, Novo continues without outlining any initiative for change. “The party, even with the poor electoral performance, with the loss of thousands of members, the departure of countless leaders, does not show any sign of returning to the original path. On the contrary, the institution’s management prefers to ignore the evidence, seeks to silence the dissenting voices, transfers responsibilities and continues to promise that “now it will be different”. This NOVO definitely does not represent me, ”he declared. “In this scenario, it would be inconsistent to remain in a party with which I have differences in vision, purpose and conduct”, he concluded.