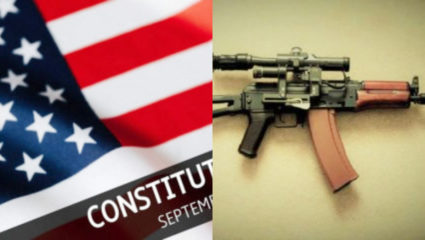 New Delhi. After the funeral of a teenager who lost her life in a shooting incident in Nashville, America, people leaving the church have been fired upon again. Two people were injured in this firing. Don Aaron, spokesman for the Metro Nashville Police Department, said on the matter that the shooting took place on Saturday morning after the funeral of 19-year-old Teriana Johnson at New Seasons Church.

He also said that when the shooting took place, the vehicle carrying the body was parked in front of the church with its rear door open and people were exiting the church. According to the police on the incident, one or more assailants sitting in a black car opened fire while passing near the church.

According to the police, one bullet hit an 18-year-old girl and another bullet hit a 25-year-old man in this incident. According to Officer Aaron, both the injured are out of danger and police are on the lookout for the accused. He said that some people attending Johnson’s funeral had weapons and they also opened fire on the car.

According to police, the shooting occurred before Johnson’s body was brought out and his body was later buried. Police are currently looking for the 17-year-old accused of killing Johnson in the Watkins Park shooting on November 14. Police said the suspect allegedly fired at the car Johnson was traveling in after an altercation between Johnson and the suspect’s sister. Johnson died a painful death in this attack.