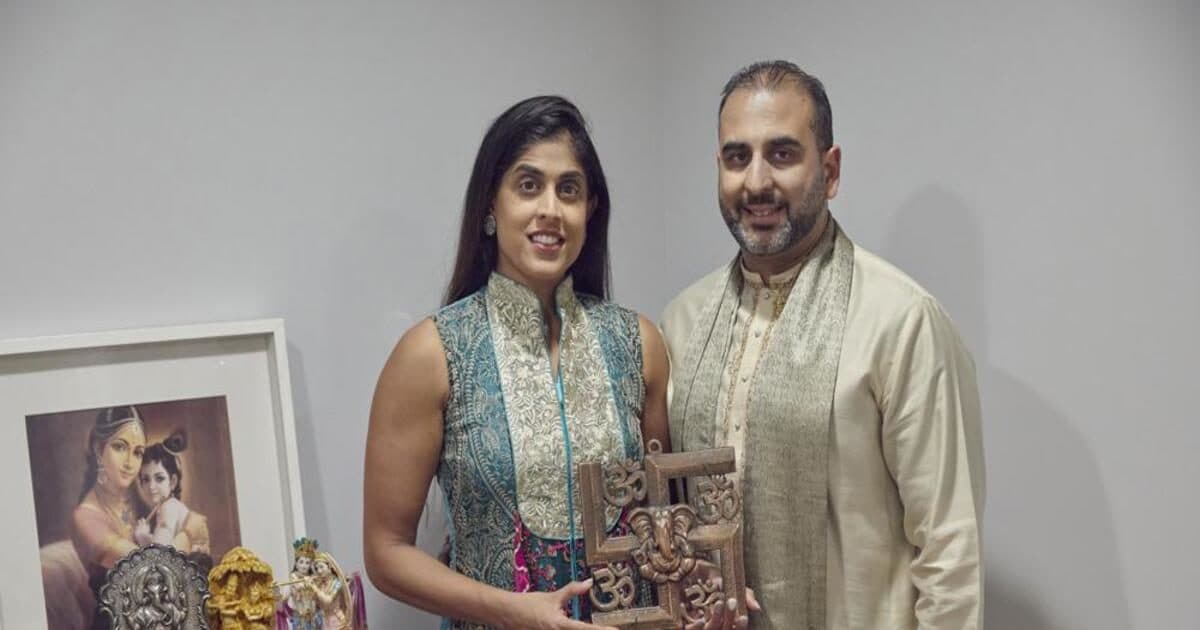 On the occasion of Diwali, a notice was issued to a Hindu family on the swastika symbol.

washington, In foreign countries, the Indian swastika has often been associated with Hitler’s Hakenkreuz or Hooked Cross. One such Indian family living in America has now launched a campaign to differentiate the Swastik symbol from Adolf Hitler’s Hakenkreuz. According to a report by news agency AP, a Hindu family living in the Queens apartment building is now engaged in spreading awareness about its symbol. Sheetal Dev told that on the occasion of Diwali, an American family living in his own building had issued a notice regarding the sign. In this notice, he had described his Diwali decoration as “abusive” and demanded its removal.

The swastika is often used as a sacred symbol in Hinduism, Buddhism and Jainism representing peace and good fortune, and is equally widely used by Hindus around the world. But in the West, the symbol is often associated with Adolf Hitler’s Hakenkreuz or Hooked Cross. Hakenkreuz is a hate symbol that exposes the horrors of Nazi Germany. White supremacists, neo-Nazi groups and vandals in the West continue to use Hitler’s symbol to incite fear and hatred.

People consider the symbol of hate
Over the past decade, as the Asian diaspora has increased in North America, calls to reclaim the swastika as a sacred symbol have grown louder. Sheetal Dev believes that he and people of other religions should not sacrifice or apologize for a sacred symbol that is often associated with Hitler. Sheetal further said that for her, it is intolerable. And Shelley Rude Wernick, managing director of the Center for Jewish Federations of North America on Holocaust Survivor Care, said that especially for Holocaust survivors, seeing Hitler’s symbol can traumatize them again. He said that such a symbol is a physical representation of the horrors he experienced.

The meaning of Swastik is ‘the symbol of well-being’
The word “swastika” comes from Sanskrit and means “sign of auspiciousness.” It has been used in the prayers of the Rigveda, the oldest of the Hindu scriptures. In Buddhism, the symbol is known as “manji” and represents the footprints of the Buddha. It is used to mark the location of Buddhist temples. In China it is called Wan, and it represents the manifestation and creativity of the universe or God.