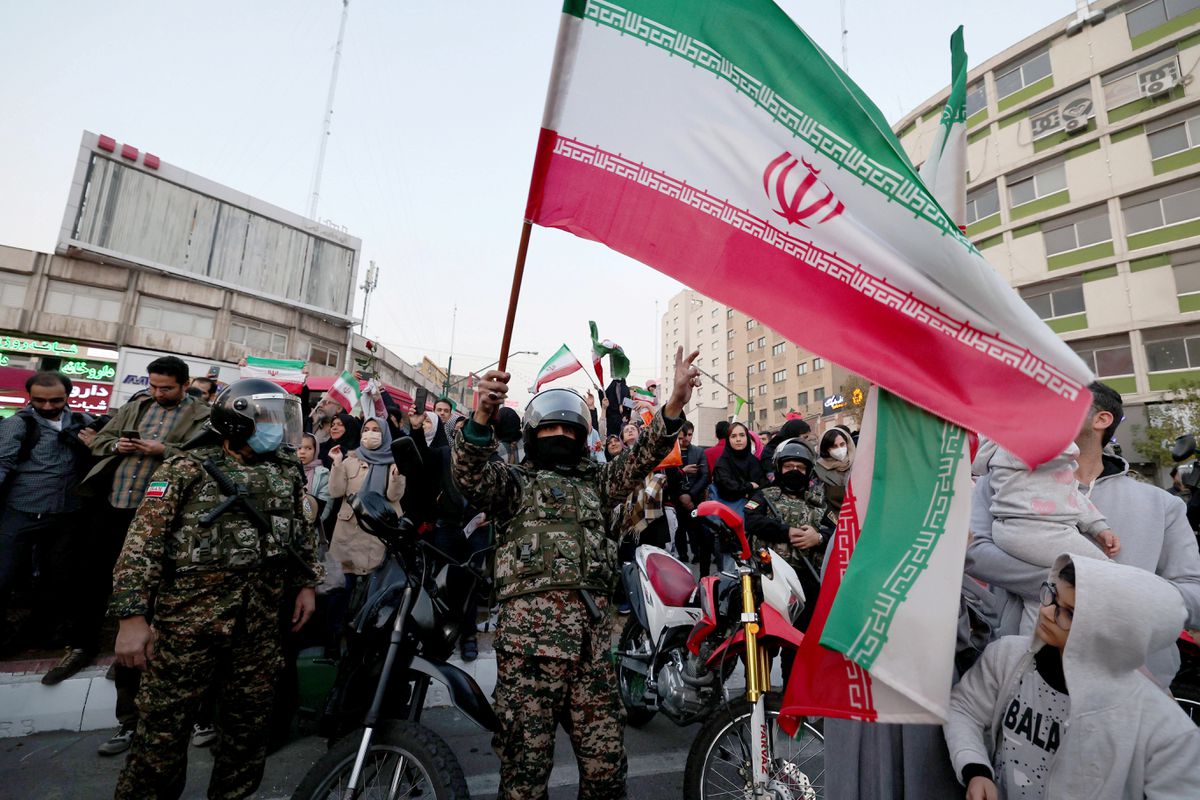 José Mourinho maintains that the games begin to be played the day before in the press room, and that was where tonight’s Iran-USA began yesterday (20:00, World Goal). By Iranian journalists. Arrives, as in the 1998 World Cup, “the mother of all parties.”

When Carlos Queiroz, the coach, and striker Karim Ansarifard entered the conference room, part of the Iranian press received them with a minute of applause. They were going to play the game together, something they have displayed since they arrived. They have been complaining for days about the questions that Westerners have asked Queiroz and his soccer players about the protests in their country and the repression. They say it’s an unfair meddling, and yesterday they had prepared to counterattack.

The environment of the Iranian team was already living with enormous tension last week, but on Sunday one more point was lit with a tweet —already deleted— from the account of the US team in which the Iranian flag appeared without several of its items. It only had the green, white and red horizontal stripes. It was missing the coat of arms of the country that goes in the center, on the white band, and also the inscription that reads 22 times “Allahu Akbar” (Allah is great).

The American federation assured that it was a gesture of “support for women who fight in Iran for basic human rights.” The Iranians filed a complaint with FIFA and Iranian journalists made it clear to US coach Gregg Berhalter yesterday that withdrawing “the sacred words” was a very serious affront.

They did more things. They asked him if he had asked his government to remove a Navy ship from near his waters; if he knew that you couldn’t enter the US with an Iranian passport, but it was possible the other way around; if with the economic crisis in his country he believed they had the support of his fans; And if it seemed to him that Jürgen Klinsmann, now a member of FIFA’s technical study group, had waged psychological warfare against Iran, in coordination with the British media. A few days ago, Klinsmann criticized the attitude of the Iranian players towards the referee of their match against Wales: “They made the referee work. It’s not by chance. It’s part of their culture, their way of playing.” And his captain, Tyler Adams, was reproached for mispronouncing “Iran” – he apologized – and they asked him if he could be proud to represent a country with a serious problem of racism.

Berhalter and Adams focused on the great importance of the match, which will decide who advances to the round of 16. They apologized for the modified flag – “We didn’t know anything” – and recalled that they supported “the people of Iran and the team of Iran”.

In his turn, Queiroz spoke about football, about the difficulties that the USA entails, and about his weariness with issues that go beyond the ball: “What surrounds this World Cup, I hope it will be a good lesson for everyone, and that next time let’s learn that our mission is to create entertainment, and that for at least 90 minutes we make people happy”. And, in the sentimental part of his speech, he recalled the effect he had seen a ball cause when he gave it to poor children: “You can’t imagine the magical moment. They go from sadness to happiness. That is our mission,” he said, to Iranian journalists applauding again.

The tension is not comparable to what was experienced in France in 1998, when the hostage crisis and its subsequent diplomatic ramifications were still fresh, but that memory hovers over the clash. That afternoon in Lyon, the Iranians presented the Americans with white roses as a sign of peace. And they were photographed together. “We have done more in 90 minutes than politicians have in 20 years,” US defenseman Jeff Agoos said that day.