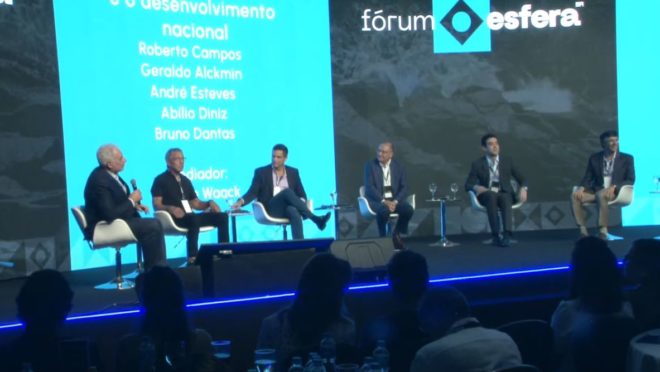 After another week of great apprehension in the market due to the lack of concrete names to compose the future economic team of the new government of Luiz Inácio Lula da Silva (PT), vice president-elect Geraldo Alckmin (PSB) said that the choice of a finance minister “is close by” and that “anyone who bets on fiscal irresponsibility will make a mistake”. The speeches were made during participation in the Esfera Brasil 2023-2026 seminar, which brought together businessmen, authorities and specialists to discuss the Brazilian economy, this Saturday morning (26).

Alckmin was asked several times about the delay in pointing out who will be the members of the future economic team and the different market views of those already on the transition team, such as Pérsio Arida, André Lara Rezende, Nelson Barbosa, Guilherme Mello and Fernando Haddad ( PT). The former candidate for governor of the state of São Paulo represented Lula at the luncheon of the Brazilian Federation of Banks (Febraban) on Friday (25), and is quoted to occupy the position of finance minister in a partnership with Arida.

“Everything comes in its time, let’s wait a little bit. President Lula’s focus is on Brazil growing, attracting investment, earning income and improving people’s lives. As I know that there is a fiscal concern, I would like to say that whoever bets on fiscal irresponsibility will make a mistake”, said the vice president-elect who, shortly afterwards, reiterated that the final word on decisions will always be Lula’s.

Alckmin’s speech was amended by a veiled criticism by André Esteves, from the BTG Pactual bank, to Lula’s recent assertion that market volatility with an increase in the dollar and a drop in the stock market is due to “speculators”. “The market is nothing more than society expressing itself through the prices of financial assets, not a group of six people in a room,” he said.

This was quickly refuted by the vice-president-elect, who says he does not see it as incompatible “having fiscal responsibility with advances of a social nature. This is the great challenge, how we grow, attract investment, and, on the other hand, seek to improve the lives of those who suffer the most”, he said.

For this, he said that the economists of the transition team are studying what is possible to do to contemplate social investments in the areas of education and health with the necessary incentives to launch the Brazilian economy even in the face of an international scenario of slowing growth. And he compared the potential of Brazil with India, which should end the year with GDP growth of 8.7% according to the World Bank.

During his participation in the seminar, Alckmin was asked about the need to equalize the intended social spending and investments in the economy in the Union budget, in addition to the reforms that have already been made, such as labor and social security, and other necessary ones, such as taxation. He stated that there will be a fiscal adjustment throughout the four years of government.

“There is no silver bullet, [é] a set of reforms and even micro-reforms, small reforms, which together will make the difference. Nothing like one day after another, there is a lot of anxiety and I have no doubt that things will take a very positive turn for our country”, he said.

The elected vice-president told the other panelists, such as businessman Abílio Diniz, from the Carrefour Group, Roberto Campos Neto, president of the Central Bank, and Bruno Dantas, acting president of the Federal Audit Court (TCU), that no of the reforms made so far will be undone.

“There are no reforms to be undone. The labor reform is important, the union tax will not return and the legislature will not return to what was agreed. Now, we are facing an issue of digital platforms, which need to be verified”, citing the lack of quality of life for workers such as, for example, delivery people.

Alckmin also stated that he intends to encourage greater participation of society in government decisions, with the holding of assemblies that indicate the demands of the population.

Government will have to show work to reduce social tension

Right after giving the guarantee that the reforms already made will not be revoked, Alckmin was provoked by Abílio Diniz about the polarization that still exists in society due to the electoral dispute between Lula and Jair Bolsonaro (PL). He mentioned that the new government needs to “make the country grow, generate jobs with growth, distribute income and promote inclusion. This needs to be done in order to lower social tension, and the people have to feel that this is happening”.

Alckmin did not comment on the statement, but said that the economic measures that will be taken over the four years in office will meet society’s demands. “I’m not going to spend more than I collect. So, I need to cut expenses. Am I going to cut the minimum wage? I’m going to make an adjustment on top of 71% of retirees and pensioners in Brazil, who have to live on R$ 1,212, elderly, elderly woman , patients without their own homes”, he questioned.

And he ended by stating that “governing is choosing, there are many ways to make adjustments, because it is necessary for Brazil to grow, but with a social eye, people’s happiness”.